Apple is one of the world's largest and most valuable companies. As of February 2015, it had a net worth of $600 billion. During the debt-ceiling crisis of 2011, Apple actually had a greater amount of money in their reservers than the U.S. government. But the company's massive valuation doesn't mean Tim Cook, Apple's CEO, is ready to fork over taxes to Uncle Sam unnecessarily.

"I think it's in the best interest of the U.S. to have corporate tax reform, regardless of which political party is in charge of the White House. Because if you look at it, the U.S. rules today are that international companies like us and many others can keep their earnings that they earn overseas overseas, and then when they bring them back it triggers the tax liability," he said. 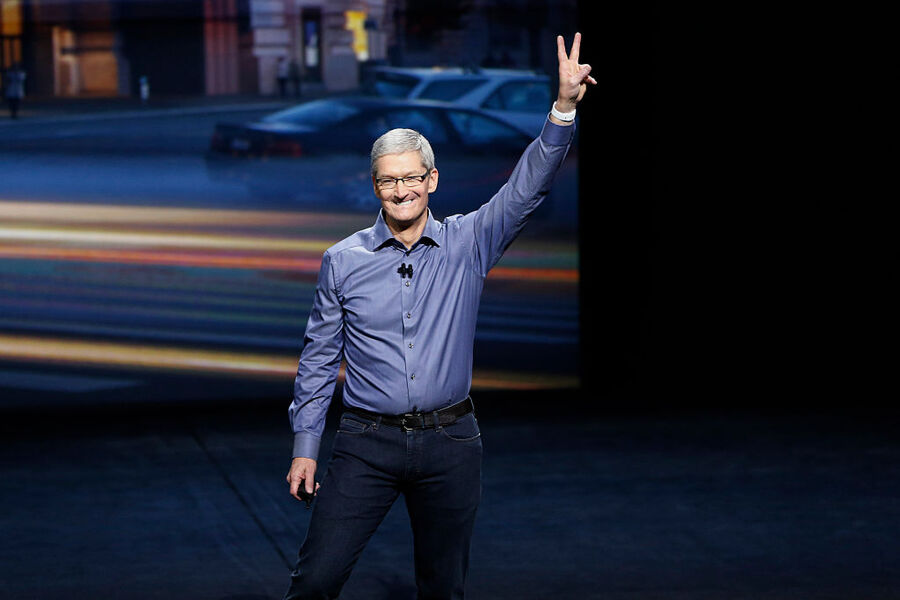 According to Cook, Apple would pay a 35 percent federal tax and a weighted average of about 5% across the states where they're located. A 40 percent rate on their overseas earnings is too much, in his opinion, and Apple is not going to bring the money back "until there's a fair rate."

Cook was not persuaded by the principled problems of a multi-billion American company withholding tax dollars overseas. "Is that legal to do or not legal to do? It is legal to do. It is the current tax law. It's not a matter of being patriotic or not patriotic. It doesn't go that the more you pay, the more patriotic you are."

Apple isn't the only company voicing the argument for corporate tax reform. The bipartisan RATE (Reforming America's Taxes Equitably) Coalition, a group of 33 American companies and organizations with members in all 50 states, has also advocated for closing loopholes in the tax code and lowering the corporate tax rate.

"If a company moves its headquarters to bustling London, for example, it will soon be paying a tax rate less than half of that in the US," the organization wrote in a recent article published in The Hill. "And the corporate tax rate in Ireland, which another nice place to live and work, is a mere 12.5 percent."

With such strong support for corporate tax reform, it's strange DC hasn't made more strides.

Republican nominee Donald Trump recently unveiled a plan to lower the corporate tax rate to 15 percent from the current 35. Democratic nominee Hillary Clinton has proposed to increase taxes on the wealthy, but envisages policies that discourage companies from moving abroad or avoiding U.S. taxation. During her acceptance speech in Philadelphia, she said, "It's wrong to take tax breaks with one hand and give out pink slips with the other."