Thom Yorke Released His Latest Album In A Very Unique Way – And It May Have Earned Him A TON Of Money.

By Max Savage Levenson on January 7, 2015 in Articles › How Much Does

Sadly, there isn't too much you can do with six bucks in America today. You can probably buy a fancy coffee, maybe a sandwich, or almost half of a movie ticket. Yet with six dollars, you could also buy Radiohead front man Thom Yorke's recent solo album Tomorrow's Modern Boxes, released this past September via the file-sharing software Bit Torrent. Eight somewhat modest songs of humming electronics and spastic drums, Tomorrow's Modern Boxes is a far cry from Radiohead epics like Kid A and OK Computer, but surely a must-have for any die hard fans.

Yet recently shared statistics from BitTorrent show that it wasn't just the hard-core "I have memorized every Radiohead set list since 1996" folks who bought Tomorrow's Modern Boxes: besides being their most legally-downloaded artist of 2014, Yorke may have made over $20 million dollars from the venture, far more than he would have if he had released the album via conventional methods. 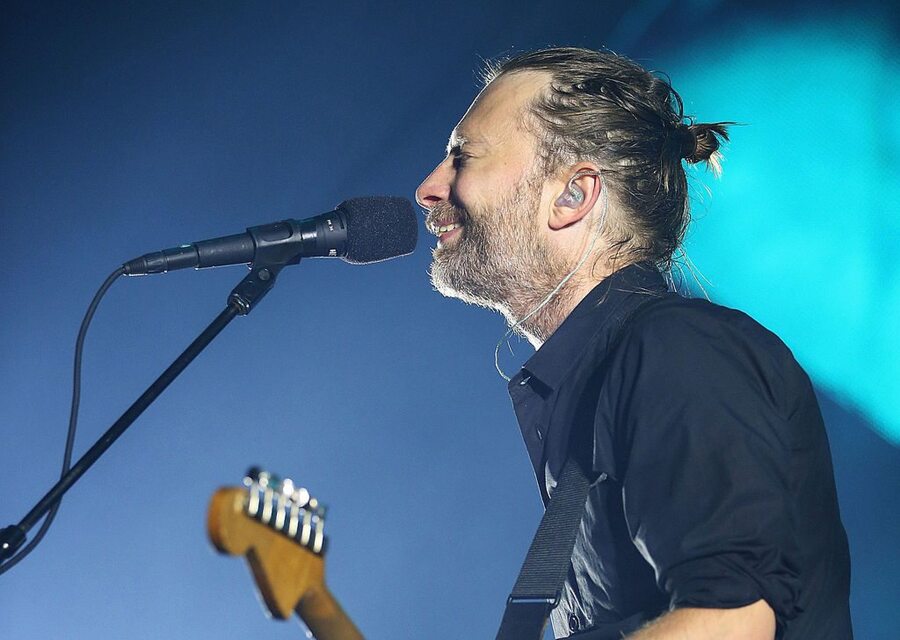 Releasing the album via BitTorrent allowed Yorke to greatly reduce the typical overhead costs of selling records, like distribution and packaging. Instead, by releasing Tomorrow's Modern Boxes as an online "bundle," Yorke clocked in over four million downloads in one month. The album was also released on super high quality vinyl, but for 30 pounds, most fans naturally chose to download the record instead. Yorke described the BitTorrent model as "an effective way of handing some control of internet commerce back to people who are creating the work [and] bypassing the self elected gate-keepers."

"Gate-keepers," like iTunes, will keep up to 30% of an album's online sales, while BitTorrent keeps only 10%. There is some discrepancy to how much money Yorke actually raked in; the BitTorrent bundle also offered single "A Brain in a Bottle" and its accompanying video of black and white twitchy footage of Yorke's face as a free download, a statistic that makes unclear how many times the full album was downloaded.

BitTorrent proved to be a fitting way for Yorke to release a record like Tomorrow's Modern Boxes, one that lacks the "OMG this record changed my life!!!" weight of many Radiohead releases. Even if much of the music has a dark tone to it, the method of releasing it has a playful, tossed-off vibe that compliments the looseness of the recordings. There aren't too many artists who could pull this one off; props to Thom Yorke for being able to capitalize on this relatively small-scale release. $20 million is nothing compared to the earnings of current Top 40 titans, and Tomorrow's Modern Boxes is almost guaranteed to be a side note in the history of Thom Yorke's work, but nonetheless it has given weight to the notion that you don't need a label to release music. And it'll definitely buy Thom York at least a few sandwiches.