By Joseph Gibson on November 3, 2019 in Articles › How Much Does

The next time you go to visit your grandmother's house, you might want to think about taking a second look at whatever art she's got hanging on the wall near the kitchen. Chances are it's just an embroidered "God Bless This Happy Home" dish towel or something, but there's a non-zero chance it's a lost Renaissance masterpiece, like The Mocking of Christ by Italian master Cimabue, which just sold at auction for almost $27 million.

The New York Times reports that before the sale the piece was estimated to be worth just 4 million to 6 million euros, but eventually went for €24.2 million (about US$26.8 million) when the hammer fell. That might be because the painting is believed to be the first time in living memory that any Cimabue work has been sold at auction, let alone one that languished in such unlikely obscurity for so long.

London art dealer Fabrizio Moretti was the lucky winner of the auction, beating out at least six other prospective buyers and speaking about what made the painting so valuable in an interview after the sale:

"I bought it on behalf of two collectors…It's one of the most important old master discoveries in the last 15 years. Cimabue is the beginning of everything. He started modern art. When I held the picture in my hands, I almost cried." 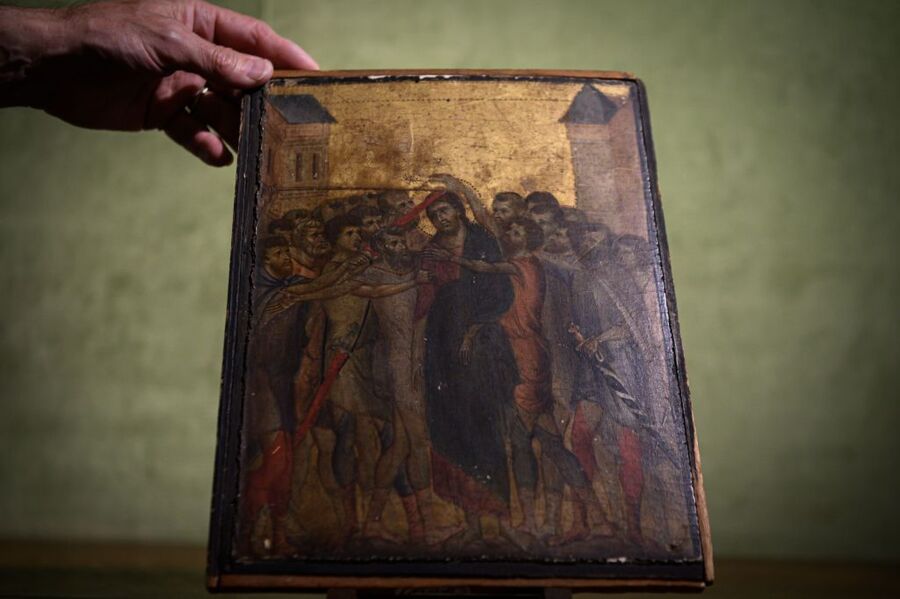 It's not clear where the unnamed Frenchwoman got the painting or how it ended up in her kitchen, but as the story goes it was discovered by happenstance by Philomène Wolf of Actéon, the regional auction house that ended up brokering its sale. As he put it:

"I had a rare emotion with this little painting, almost indescribable…In our profession, we know that this emotion was the result of a great master."

The attribution of the painting evidently proceeded without incident, with further analysis revealing it to have originally been part of an altarpiece way back in the late 13th century. One of the experts consulted on the painting was Eric Turquin, who called the piece "the only small-scale work of devotion to have been recently added to the catalog of authentic works by Cimabue" in "excellent general condition." Given that, as well as the hefty price paid by the painting's new owners, it's unlikely it will fall into obscurity again any time soon – but you never know what other lost masterpieces might be hiding in unlikely spaces.