This Is The Richest Athlete Of All-Time, And You've Probably Never Heard Of Him

Professional athletes make an absurd amount of money nowadays. NFL quarterbacks routinely sign contracts of more than $100 million, baseball players have taken home deals with more than 10 years of security, and LeBron James has basically told the Cavaliers that he's only signing one-year deals so he can maximize his earnings as the salary cap continues to rise.

However, there's one athlete who was better paid than anyone else in the history of professional sports. Who is this mysterious man? Some star golfer or tennis player, perhaps? Or a European soccer legend?

Nope. This man, Gaius Appuleius Diocles, raced chariots for a living. And, when his winnings were adjusted for inflation, it made him the best-paid athlete of all-time, with $15 billion in today's dollars. And he did it all without the help of sponsorships or marketing deals. 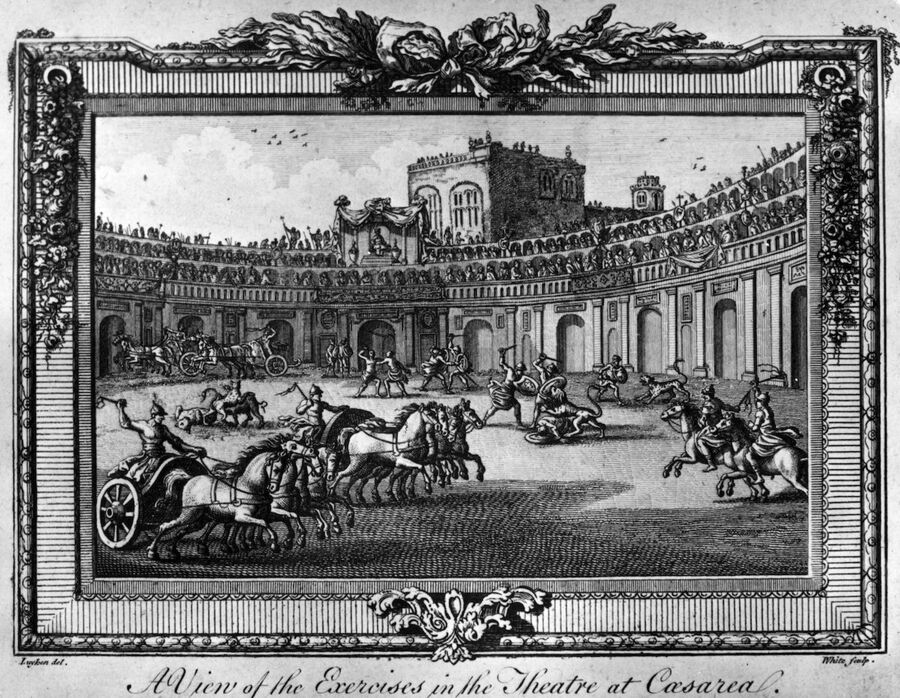 Diocles, a Lusitania Spaniard, was born in Emerita Augusta (now Mérida, Spain) in the year 104 AD. He began racing chariots at the age of 18, and like many of his fellow racers, he was recruited from the lower rungs of the social class ladder. In fact, Peter Struck, a professor of classical studies at the University of Chicago, believes Diocles was most likely illiterate.

Diocles' signature move was a strong final dash, and it netted him 35,863,120 sesterces in prize money over the span of 24 years of racing. Teams didn't have fancy mascots and logos back then – Diocles spent six years driving for the White team, another three for the Green team, and his final 15 racing on behalf of the Red team.

These teams invested in the training and development of horses and equipment. Unfortunately, that improvement of equipment usually didn't fall to the riders, and many of Diocles' contemporaries suffered injuries that shortened their careers–and oftentimes their lives, too.

Riders only had flimsy leather helmets, shin guards, and simple chest armor for protection. The chariot races consisted of seven grueling laps of competition; if a driver's chariot was upended, it usually resulted in his death. The fact that Diocles competed for 24 years, winning 1,462 of the 4,257 four-horse races in which he competed, is a testament to his skill, as well as an extreme amount of luck.

By the time he retired at age 42, Diocles had taken home enough money to last a lifetime. According to Struck, his pay was five times that of the wealthiest provincial governors of the same era, and it was enough to provide grain for the entire city of Rome for a full year, or pay every single soldier of the Roman Army at its strongest point of its imperial reach for more than two months.

Diocles' riches and history are recorded on a monumental inscription erected in Rome in 146 AD by his fellow charioteers and fans. Nearly 2,000 years later, no other athlete since has reached the level of wealth he achieved.