Later this summer, one of the earliest Porsche automobiles ever constructed will hit the RM Sotheby's auction block. It's expected to fetch somewhere between $20 million and $25 million when the bidding is done, and if it comes close to those projections, it would likely be the most valuable Porsche ever sold, per CNN.

Marcus Görig is RM Sotheby's resident Car Specialist, and in the car's official auction listing he explains what makes this one-of-a-kind car so special:

"Without the Type 64, there would be no Porsche 356, no 550, no 911…This is Porsche's origin story, the car that birthed the company's legend, and it offers collectors what is likely an unrepeatable opportunity to sit in the seat of Ferdinand and Ferry Porsche. With this car, the new owner will not only be invited to the first row of every Porsche event worldwide—they will be the first row!"

Estimates of the car's value are difficult to determine, though, since no other Porsche Type 64 has ever been auctioned before (the only other surviving Type 64 is on display in a museum in Germany). Technically, the one being put up for auction is the third Type 64, but it was built on the frame of the first one, and its powerful ties to Porsche history don't end there:

"The third Type 64 was retained as a personal family car and driven extensively by Ferry and Ferdinand Porsche. When the company was forced to relocate headquarters to Gmünd, Austria from 1944-1948, it was kept alongside the second Type 64 at the family estate in the picturesque lakeside town of Zell-am-See. No. 3 was the only example to survive the war, and Ferry Porsche himself applied the raised letters spelling out 'PORSCHE' on the nose of the car when he had in registered in Austria under the new company name in 1946." 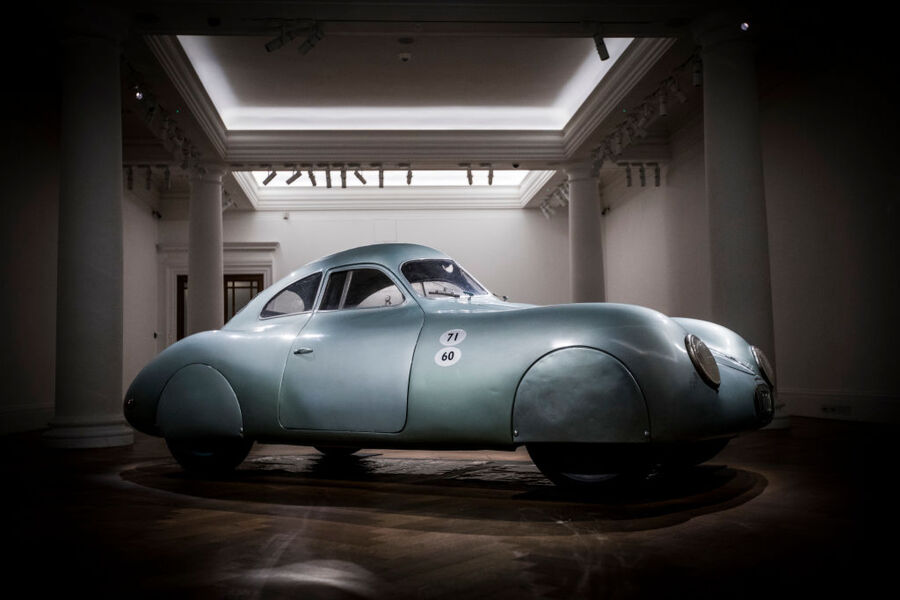 The Type 64 is an early example of one of Porsche's chief design innovations: placing the engine in the back of the car rather than the front. When the Porsche company put out its first official production car, the Porsche 356, this idea was retained, as it also was with the Porsche 911. So it isn't difficult to see why this particular car is estimated to have such a high value to collectors.

The previous Porsche auction record belongs to a 1970 Porsche 917 driven by Steve McQueen in his 1971 racing film Le Mans. That car got $14 million at auction back in 2017.