These Moon Star Shoes Are Worth $20 Million, Purportedly The Most Expensive In The World

By Joseph Gibson on November 1, 2019 in Articles › How Much Does

Italian designer Antonio Vietri has created what he says are the most expensive shoes in the world, and with a price tag of almost $20 million it's difficult to dispute the claim. The National reports that Vietri's "Moon Star Shoes" were recently unveiled on board a Dubai Marina yacht as part of the United Arab Emirates' MIDE (Made in Italy, Designed in Emirates) Fashion Week.

Vietri's Moon Star Shoes are constructed largely from solid gold and 30 carats of diamonds, but the real highlight of their design is a small chunk of a meteorite, said to have been discovered somewhere in Argentina way back in 1576. No word on what such shoes feel like to wear and/or walk around in, but as you can see in the picture below they do make a memorable visual impression, as you'd naturally expect a pair of shoes valued at $19.9 million to do: 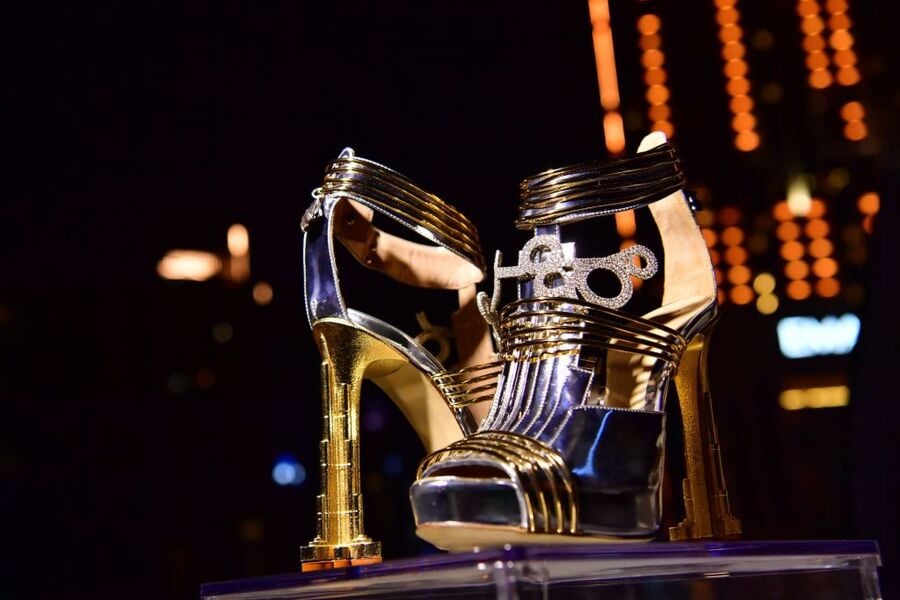 The UAE-based designer took to Instagram to show off his creation with the following caption:

"The most expensive shoes in the world are mine. And the record came to a citiy (sic) of #Turin. I love my city…Turin in the world."

Vietri is known for his bank-busting footwear designs already, having created a pair of gold stilettos around two years ago estimated to be worth about $32,000 in American dollars, but his newest work is obviously on another level and he seems pretty confident that his shoes are the most expensive in the world. But in order to make things official it will have to be certified by the Guinness World Records people, who currently have the record occupied by a pair of shoes worth $15.5 million. Back in 2017, he was quoted as saying that "[t]he word impossible does not exist in my vocabulary," so his Moon Star Shoes will probably be in the record books before too long.