These Are The 20 Highest-Paid World Leaders

Being a head of state (or head of government, as the case may be) is a job that many aspire to and few actually get to do. Normally, it involves long hours, tremendous levels of pressure and responsibility, and relatively little salary, at least compared to what someone at the head of a large corporation might make. With that in mind, it may be interesting to take a look at who the highest-paid world leaders are right now, as well as how much they make per year (all figures are in US Dollars):

Jimmy Morales, President of the Republic of Guatemala: $227,099

Adrian Hasler, Prime Minister of the Principality of Liechtenstein: $254,660

Cyril Ramaphosa, President of the Republic of South Africa: $273,470 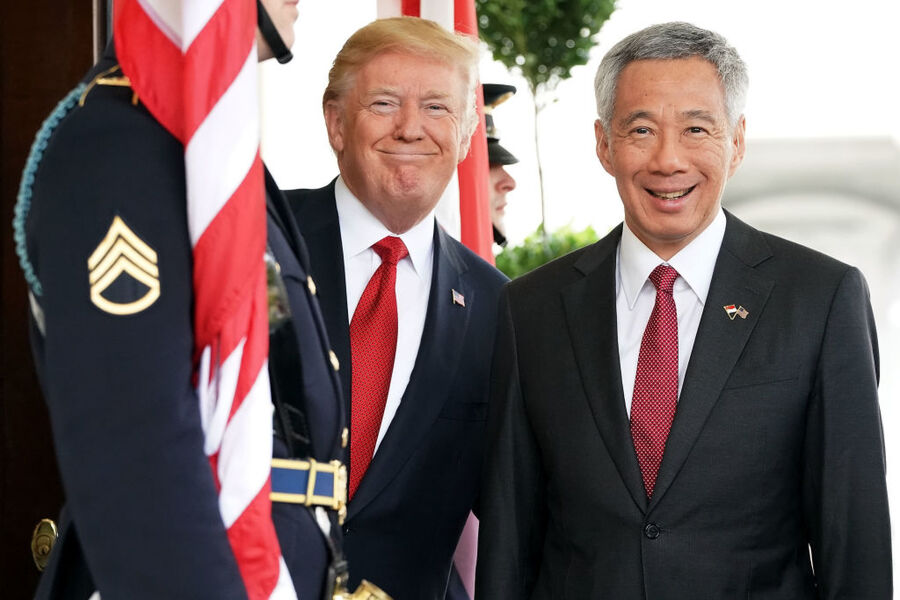 You might be forgiven for wondering, after taking a look at the above list, "why Singapore?" There is probably a host of reasons why Singapore's Prime Minister Lee Hsien Loong (pictured with President Trump above) is the highest-paid world leader on Earth, but some have made the argument that his big salary is in one way a benefit to the citizens of Singapore, as according to the Transparency International's Corruption Perceptions Index, Singapore ranks as possibly the least corrupt country in the world. It might also be pointed out that Singapore has the highest cost of living in the world, too.