If you handle a lot of cash in your daily life, it's possible you may have noticed an uptick in Benjamins over the last several years. If so, it's not just your imagination, because the United States Federal Reserve's latest data on the subject shows a surge in circulation for $100 bills going back to more than ten years ago, and no one seems to be able to explain why.

Since the 2007/2008 financial crisis, the number of $100 bills in circulation has doubled, with some 12 billion of them running around out there somewhere. Incredibly, that's enough to bring the total number of hundreds to more than the amount of $1 bills in circulation, as recently noted by Torsten Slok, chief international economist for Deutsche Bank in a letter to the bank's clients. He and others speculate that feelings of financial anxiety throughout the world are leading to cash hoarding and an attendant increase in circulation for $100 bills. As Slok explained: 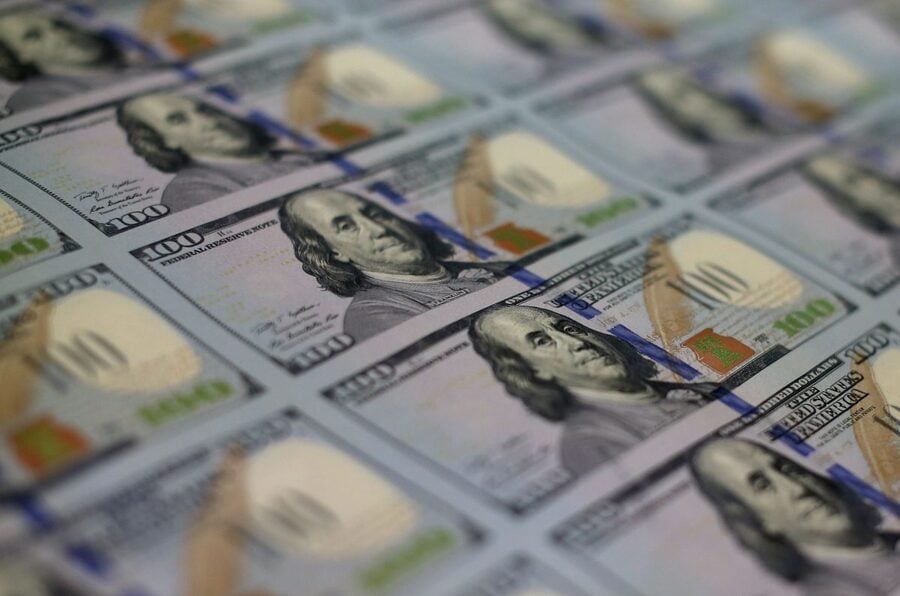 "Underground economy" is a pretty nifty euphemism for crime and corruption, and the $100 bill remains a favored unit of currency for criminals and the otherwise corrupt all over the world. As DataTrek Research's Nicholas Colas put it to CNBC:

"It has nothing to do with the U.S. economy and nothing to do with interest rates…There's certainly enough evidence to say it is an enabler of corruption, but it is also a way for people to keep assets outside of the financial system albeit in a kind of bulky way."

While the total number of hundreds in circulation has doubled since the US financial crisis, the surge in hundreds goes back even further, with some tracing it back to the US invasion of Afghanistan or even the Gulf War, when war-torn regions turned to US currency over local currencies as a way to bring about more economic stability. If that surprises you, a study from last year by the Federal Reserve Bank of Chicago will likely surprise you even more: It found that 60 percent of all US bills are currently somewhere overseas, including a whopping 80 percent of $100 bills. At the same time, rises in the use of digital payment services have led to declines for smaller denominations, something of a perfect storm for Franklin to surpass the other dead presidents at the top of the heap.