The New York Yankees are iconic with Major League Baseball. The team and its players just show up everywhere. Yankees hats are a dime a dozen; you see them regardless of where you live. They've been in commercials and on TV shows. Billy Crystal even joined the team on an honorary one-day contract. Of course, it doesn't hurt that they're the most successful franchise as well, winning an incredible 27 championships. They haven't posted a losing season since 1992. Simply put, they're a powerful franchise.

But it wasn't always that way. George Steinbrenner bought the team for just $168,000 in 1973, which equals roughly $890,000 in today's dollars. He led a group that purchased the Yankees from CBS for $8.7 million. Steinbrenner's investment was only 1.9% of that price. When he died in 2010, his stake in the team had risen to 57%. That share was passed along to his family, led by sons Hank and Hal. 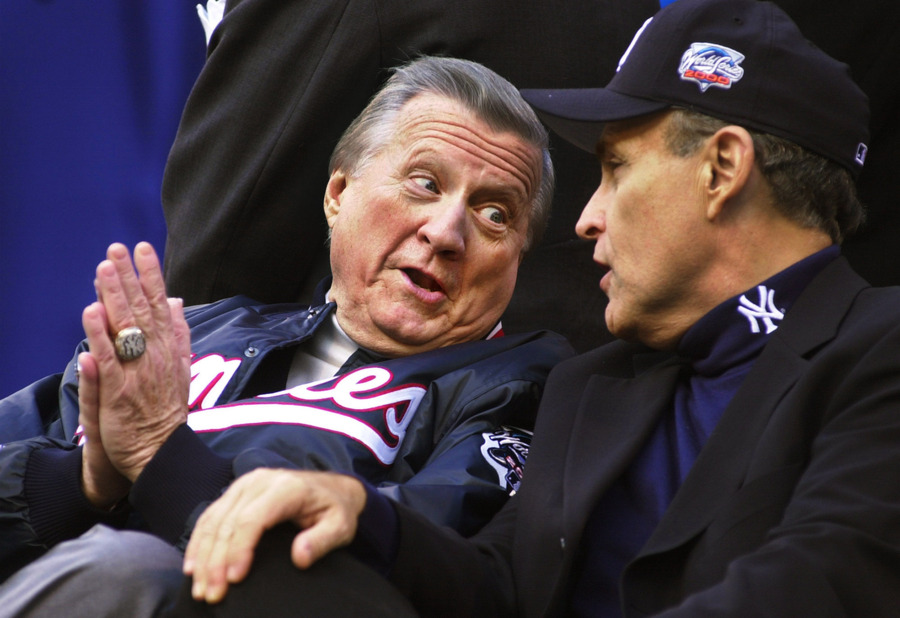 Oh, and that stake in the team is worth a little bit more now. The Steinbrenner family still owns the same 57% of the team, which is now worth more than $1.8 billion. That's a 200,000% increase on Steinbrenner's initial investment, accounting for inflation. For comparison's sake, most index funds return 7-10% annually. Even assuming a 10% return every single year, you'd have roughly a 3,300% increase in your investment. Not too shabby on Steinbrenner's part.

The Yankees as a whole are valued at $3.2 billion, tied with the Dallas Cowboys as the second-most valuable franchise in all of sports. Only Real Madrid (at $3.44 billion) is worth more. How did the Yankees climb to the top of American sports?

Well, they've actually been frontrunners for awhile. The Bronx Bombers have been the most valuable baseball team each of the 18 years since Forbes began valuing franchises. That first valuation was around $400 million. Last year alone the team made more than that, a record $508 million, and cashed in over $100 million in local television rights payments. Derek Jeter's retirement helped increase ticket and merchandise sales, as well.

While winning on the field is important, the ancillary ventures have played a big part of the Yanks' rapidly increasing value. Having their own TV station (the YES Network) certainly helps, as does the MLB's national TV deal. According to Forbes, the national deal will deliver $52 million on average to every team in the league through 2021, when the deal expires. Having personable, recognizable players has kept the Yankees at the forefront. And the pinstripes are symbolic: a show like "Seinfeld" promoting the team often–several players made cameos as George Costanza worked for them, and Larry David voiced an over-the-top caricature of Steinbrenner–has maintained the team's popularity, even though "Seinfeld" has been off the air for over 15 years, and every player who's made a cameo has retired. People who don't have a certain loyalty to their team may adopt the Yankees as their new squad because of their off-the-field appearances.

Being in the busiest city in America is a big bonus for the Yanks. Sure, the Mets are there too, but it's very much a big brother/little brother dynamic. Although, to bring up "Seinfeld" again, the Mets' Keith Hernandez is the best sports cameo in the whole show. So they've got that going for them.

Lastly, it's just fun to have a villain involved, and the New York Yankees certainly possess those villainous traits. With all that money to throw around, with their many championships, with despised players like Alex Rodriguez–they've got the whole package. Fans of other teams love to root against them, and their own fans love to preach the "hate us 'cause they ain't us" model of fandom.

The average MLB franchise is worth 48% more than last year. That's an absurd number, and it'll be interesting to see what the Yankees, as well as a typical baseball team, is worth when the current TV deal is up in 2021. Until then, they'll just have to play ball.