The World's Most Expensive Whisky Just Sold For $1.5 Million

When selecting a bottle of whisky, it's important to consider multiple factors, from flavor, to vintage, to aroma, to price. The winning bidder at a recent Christie's auction must have been satisfied with all the above, because they paid more than $1.5 million for a single bottle of 1926 Macallan.

The new record holder for the world's most expensive whisky came in a special edition bottle hand-painted by Irish artist Michael Dillon, making it one of a kind in an already limited edition of 12 bottles put out by the Macallan Distillery in 1986, after an ageing process of six decades. CNN reports that Dillon was one of three artists commissioned to design bottles for the vintage – the other two were Italian painter Valerio Adami and Peter Blake, best known as the man behind the famous cover of The Beatles' Sgt Pepper's Lonely Hears Club Band.

Tim Triptree is Christie's International Director of Wine, and his purview evidently extends to whisky as well, because he had plenty to say about this particular specimen:

"The Macallan were unsure that this bottle still existed… It was last seen at Fortnum & Mason in London in 1999—and it is quite excited that the buyer has kept hold of it."

Triptree also spoke on what the $1.53 bottle of whisky would actually taste like if its owner decided to actually open the bottle and drink it:

"It's going to be incredibly complex… The flavors are going to be so concentrated, and it's going to have so many aromas, that each time you get to the glass I'm sure you would be smelling and tasting something different."

Given that the bottle is now estimated to be worth about $90,000 per pour, variety is probably a good thing. 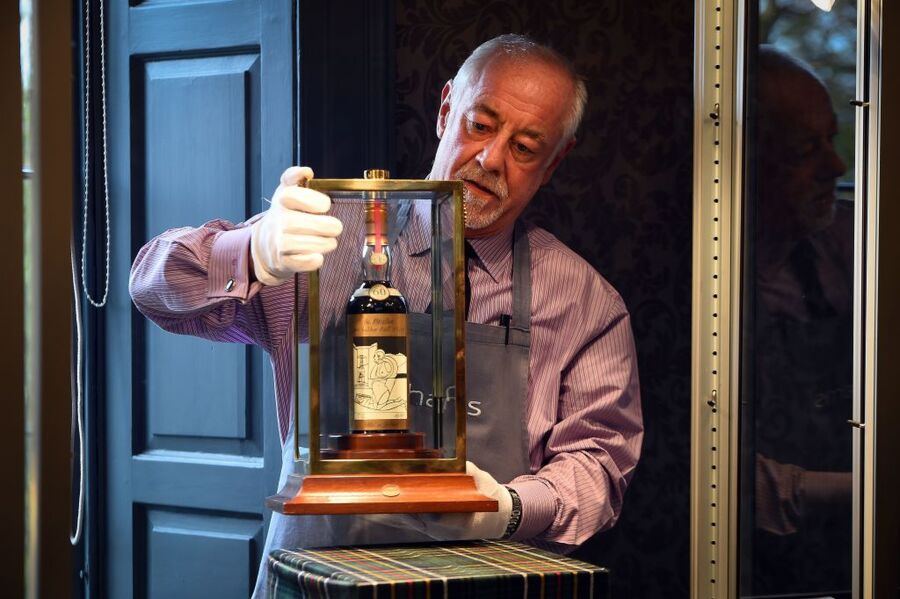 The sale broke the record set only last month, when another 1926 Macallan (pictured above) sold for $1.1 million.