The 11 Wealthiest Members Of Congress

You can't say that every member of Congress is worth seven figures, but the overwhelming majority are definitely multi-millionaires. Senate and House of Representatives earn $174,000 per year in salary, and many have lucrative investments in businesses, whether their own or through stocks or index funds. But before many of them arrive in government, they've made millions in the private sector.

The 15 wealthiest members of Congress are worth a combined $1.3 billion. So, who's got the highest net worth in the House and Senate?

Here are the wealthiest members of Congress:

Rick Scott is the wealthiest member in Congress, with a net worth north of $200 million. Scott holds this spot for a few reasons. For starters, he doesn't have any liabilities to report. It's possible he does have some form of debt, like a mortgage, but he hasn't publicly filed any kinds of liabilities. Secondly, he's a big investor, with holdings in stocks, bonds, equity funds, LLCs, gold, and treasury funds; he's also put money behind various technology and healthcare companies, two industries with strong growth potential. Finally, Scott has co-founded two healthcare companies: Columbia Hospital Corporation (which changed its name to HCA Healthcare) and Solantic.

Michael McCaul also doesn't have any liabilities or debts in his financial disclosure, but a large portion of his wealth comes from his wife. Linda Mays McCaul is the daughter of Lowry Mays, one of the founders of iHeartRadio. The company had revenue of $928 million in Q3 of 2021, an increase of 25% YoY. McCaul is also a big fan of Netflix—the family has more than $250,000 invested in the company's stock.

Nancy Pelosi has served as a member of the United States House of Representatives, representing California, since 1987. She served as Speaker of the House for the first time from 2007 to 2011 and then was re-appointed in 2019. She is the only woman in US history, as of this writing, to serve as Speaker of the House. Nancy Pelosi and her husband Paul Pelosi own a number of extremely valuable assets including an impressive real estate portfolio. Nancy and Paul are prolific stock traders, much to the chagrin of some critics. Together they own large stakes in companies like Facebook, Apple, Comcast and Disney.

Darrell Issa only started serving in his current district (California's 50th congressional district) in 2021, but he first became a member of the House of Representatives in 2001. He left for a short period of time when Donald Trump nominated him to head the U.S. Trade and Development Agency before returning to Congress last year. Shortly after his discharge from the military in 1980, Issa and his second wife Kathy Stanton sold their cars, borrowed $50,000 from friends, and combined their savings to invest in Quantum Enterprises, an electronics manufacturer that developed consumer products for other companies. Issa took over one of those businesses, car alarm company Steal Stopper, and significantly grew its revenues. He also started Directed Electronics, a company that creates theft deterrents, and is CEO of Greene Properties, a real estate investment company with holdings throughout San Diego North County. Issa's net worth takes a hit from his margin account, which holds him liable for more than $50 million. 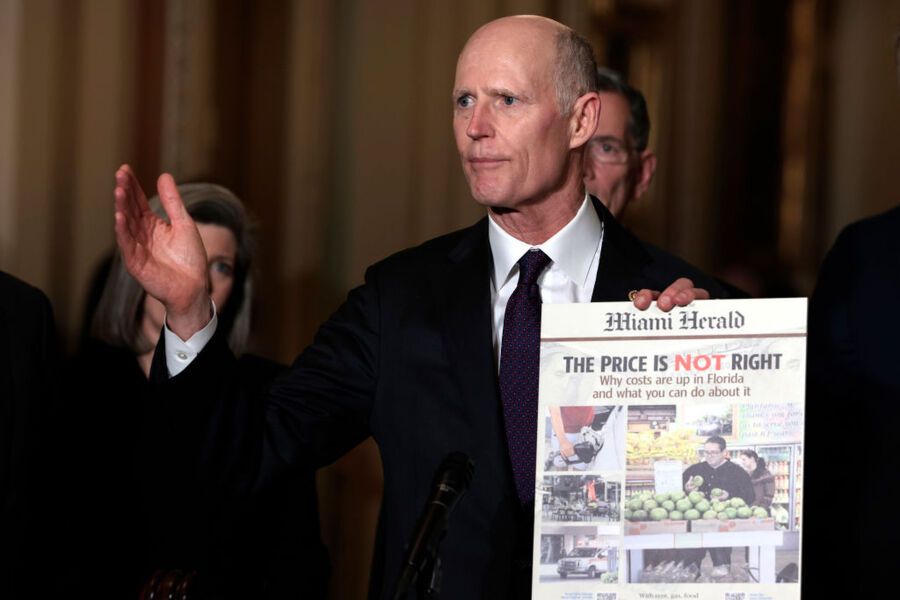 Vern Buchanan has reported ownership interests in about 50 businesses. His most successful include a series of car dealerships and American Speedy Printing, a printing company that expanded to more than 730 stores across 44 states. Buchanan also has an LLC, Aircraft Holding & Leasing, which is worth up to $50 million. Among his liabilities are a plane and a yacht; in total, he's liable for $14 million.

A large portion of Dianne Feinstein's wealth comes from her husband. Richard Blum serves as president and chairman of private equity company Blum Capital. Feinstein has at least $1 million in one account, while another blind trust holds at least $25 million. Feinstein was also one of 52 members of Congress that violated the STOCK Act when she was late in disclosing a five-figure payment her husband made to a polling company directed at young people.

Before joining the Senate, Mark Warner served as governor of Virginia. He's also the vice-chair of the Senate Democratic Caucus and chair of the Senate Intelligence Committee. Prior to his time in government, Warner ran Columbia Capital, a venture-capital firm, and telecom company Capital Cellular Corporation, both of which contributed to his wealth, alongside mutual funds, hedge funds, and private-equity funds.

You may be more familiar with Mitt Romney from his 2012 presidential campaign, where he ultimately lost to Barack Obama. The Senator was also Massachusetts's governor from 2003 to 2007. Though he attended law school and passed the Michigan bar exam, Romney chose a career in business. It was a good move, as he eventually joined Bain & Company. The management consulting firm made him vice president the year after he joined, and a few years later, Romney started private equity firm Bain Capital. He largely invested in deals brought forth by other partners, rather than identifying them himself, but negotiated a nice profit-sharing agreement when he left in 2002—the company still pays him millions of dollars every year. Romney also reported $4.5 million in "capital commitment" liabilities from his wife.

Richard Blumenthal owes much of his wealth to his family. His father is the chairman of Malkin Holdings and the chairman emeritus of Empire State Realty Trust, which leases office and retail space across Manhattan. Meanwhile, his wife, Cynthia Malkin, has made millions of dollars from stocks, real estate, properties, and hedge funds. The only liability Blumenthal reported was the 30-year mortgage his wife took out on their home in 2011.

A member of the House of Representatives Financial Services Committee, Trey Hollingsworth also serves on multiple subcommittees focused on investor protection and diversity and inclusion. After graduating from the University of Pennsylvania, Hollingsworth co-founded Hollingsworth Capital Partners alongside his father. The company focused on rebuilding old manufacturing sites and returning them to service; Hollingsworth also founded an aluminum remanufacturing company. Both of those businesses played a major part in his massive wealth.

Doris Matsui has built her fortune through exchange-traded funds, money-market funds, LLCs, and trusts. She's gained wealth through her husband Roger Sant, who's the founder of Fortune 500 holding company AES Corporation. Matsui also might be the most relatable person on this list. She reported at least $165,000 in credit card debt liabilities; 42% of Americans have increased their credit card debt since the pandemic began. Congress members—they're just like us!