It's easy to take for granted the monuments, buildings, bridges, and streets that make up our cities and towns. However, as you might imagine, public infrastructure needs to be constantly maintained. This maintenance is not cheap. For example, consider how bad the Golden Gate Bridge would look from all that salty air if it wasn't being continuously repainted and repaired? Or consider how rough the roads would be after a harsh winter if we didn't have road departments come out and fix them after the final thaw? Most infrastructure costs are paid for by state and federal taxes and trust funds.

This system of taxes and trust funds maintaining infrastructure actually dates back many hundreds of years. One of the most interesting examples is London's Bridge House Estates Trust.

The Bridge House Estates Trust was formally established in 1282 to collect tolls and maintain the London Bridge. By the end of the 13th century the shops and houses adorning the new stone London Bridge were beginning to generate not only more cross-river trade, but also increased taxes, rents and bequests. The funds that began to accumulate soon became a significant amount of money that was administered from a building on the south side of the bridge called Bridge House. This is how the fund became known as the Bridge House Estates. This toll still exists today – 733 years later. 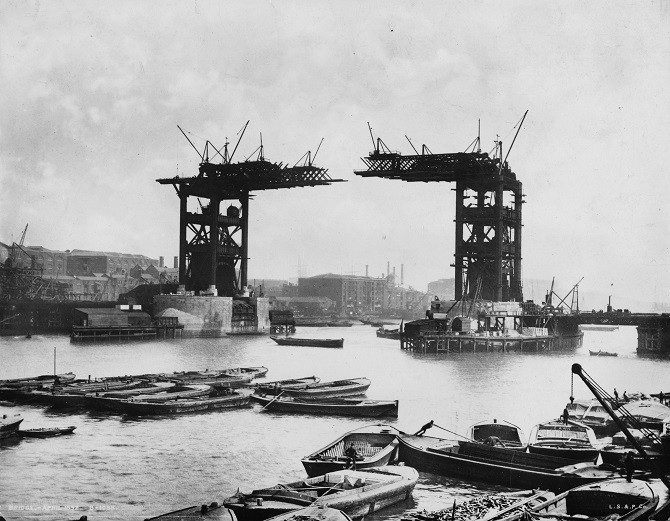 The trust was established by Royal Charter and the lone trustee is the City of London Corporation. Since it was established, the trust has maintained, and on several occasions even replaced the London Bridge. Over the ensuing centuries, London added more bridges which all fell under the care of the Bridge House Estate trust fund.

The origins of the Bridge House Estates tax can actually be traced back even earlier. Way back in 1097, William Rufus raised one of the first known infrastructure taxes. His tax was set up to fund repairs to one of the wooden predecessors of the London Bridge.

The Bridge House Estates Trust is funded by bridge tolls, rents and leases on the buildings that are located on bridge properties. Over the years, the trust has acquired an extensive real estate portfolio, which has made it more than self-sufficient. The trust also accepts charitable donations. 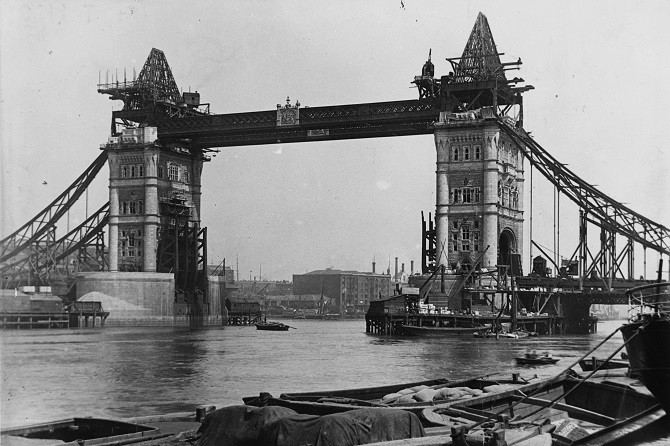 Nowadays, the fund that Bridge House Estates administers is solely responsible for five of London's bridges. The trust also built Blackfriars Bridge and Tower Bridge, and purchased Southwark Bridge from the private company that built it. In 2002 it took over ownership and maintenance of the new pedestrian-only Millennium Bridge, which the trust was responsible for a large amount of the funding for the construction of that bridge.

These bridges receive no other financial support from the Government or any other fund. Every year, the 733-year-old toll generates $80 million in revenue. The trust then spends $40 million per year on maintenance, leaving $40 million in profits. Those profits are poured back into making sure the bridges and roads in the trust's portfolio are in tiptop shape. 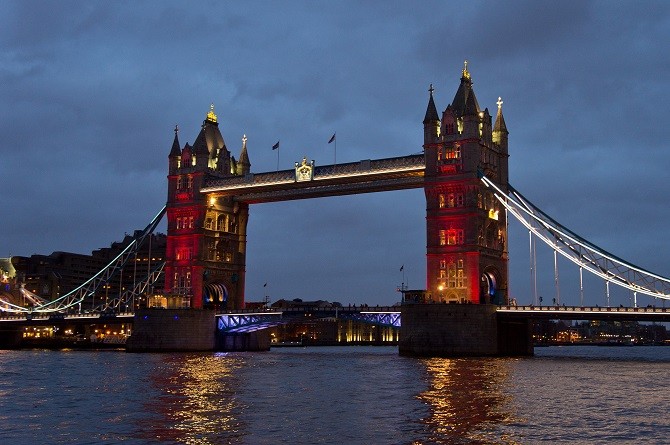 The next time you're in London, take a look at the bridges and chances are you can spot the mark of the Bridge House Trust on one of the bridges it currently (or used to) maintain. Known simply as the Bridge Mark, the logo of Bridge House estates is one of the earliest known logos still in continuous use. It can be found carved into the stonework in several places along the river Thames.  It has been the identifying symbol of the Bridge House estates for many centuries and the earliest carved mark of this symbol dates by to 1674.

Perhaps what's most amazing is that over the last several centuries, the Bridge House Estates Trust has been able to sock away over $800 million into the trust. That should keep the bridges of London functioning optimally for another 733 years or so!