The Secret To Getting Rich, According To 'The Richest Man In Babylon'

The writers of The Bible probably didn't intend the city of Babylon to become a paragon of financial advice, but that didn't stop George S. Clason from using it in just that way when he released The Richest Man in Babylon, back in 1926. Considered a classic of the genre of financial advice, The Richest Man in Babylon is a collection of stories set in the infamous ancient city, all with a distinctly modern bent focusing on advice for would-be wizards of finance.

To get the full impact of The Richest Man in Babylon's wisdom, you should probably give your library card a workout and read the whole thing. But perhaps the most enduring piece of advice found in the book can be summed up in a few quick sentences, and it's a bit of knowledge that almost everyone would do well to remember. Within the context of the story, the advice is given by Arkad, the titular wealthy Babylonian, after some of his friends ask him how he became such a financial success:

"Say to yourselves, 'A part of all I earn is mine to keep.' Say it in the morning when you first arise. Say it at noon. Say it at night. Say it each hour of every day. Say it to yourself until the words stand out like letters of fire across the sky." 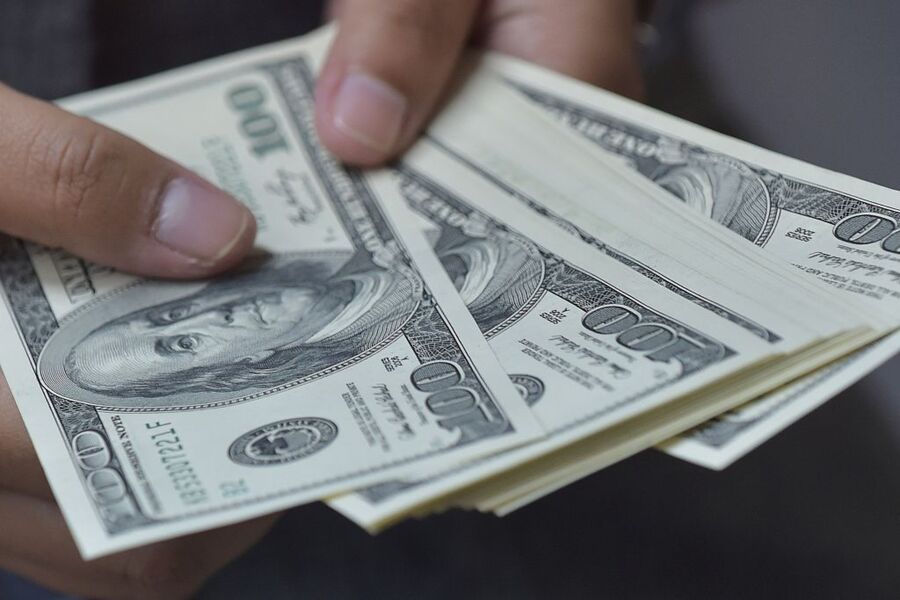 Of course, a sentiment like that is all well and good, but without some solid mathematics it might as well be stitched onto a throw pillow and forgotten. Luckily, Arkad goes into greater detail on what an adequate savings plan would look like:

"Take whatever portion seems wise. Let it be not less than one-tenth and lay it by. Arrange your other expenditures to do this if necessary. But lay by that portion first. Soon you will realize what a rich feeling it is to own a treasure upon which you alone have claim. As it grows it will stimulate you. A new joy of life will thrill you. Greater efforts will come to you to earn more. For of your increased earnings, will not the same percentage be also yours to keep?"

"Not less than one-tenth." In other words, set aside at least 10% of your income for the proverbial rainy day. It might seem obvious, but if you often find your savings a little thinner than you'd like them to be you understand how hard even a simple thing like this can be to put into practice. But thanks to George S. Clason, a plethora of wisdom like the above can be referenced at any time, at the fingertips of anyone who might want to become the richest man (or woman) in their town.