A black watch is basically the timepiece equivalent of the little black dress, which is to say, it's perfect for almost any occasion or personal style, with the added benefit of telling you what time it is. So it stands to reason, that "the world's blackest watch" would be a coveted item, which in turn explains why the limited edition S-110 Evo Venta Black from Manufacture Contemporaine du Temps will carry a $95,000 price tag.

The tagline "world's blackest watch" isn't just marketing hype, but actual scientific reality. That's because the S-110 Evo Venta Black is coated in "vantablack," a superscientific coating that is the world's blackest substance and absorbs more than 99.965% of light. It was developed for use in aeronautics, but now that it's being applied to luxury timepieces it has produced some unique effects, like making elements within the watch appear to be floating in inky nothingness, as well as creating the illusion of flattening out three-dimensional objects. 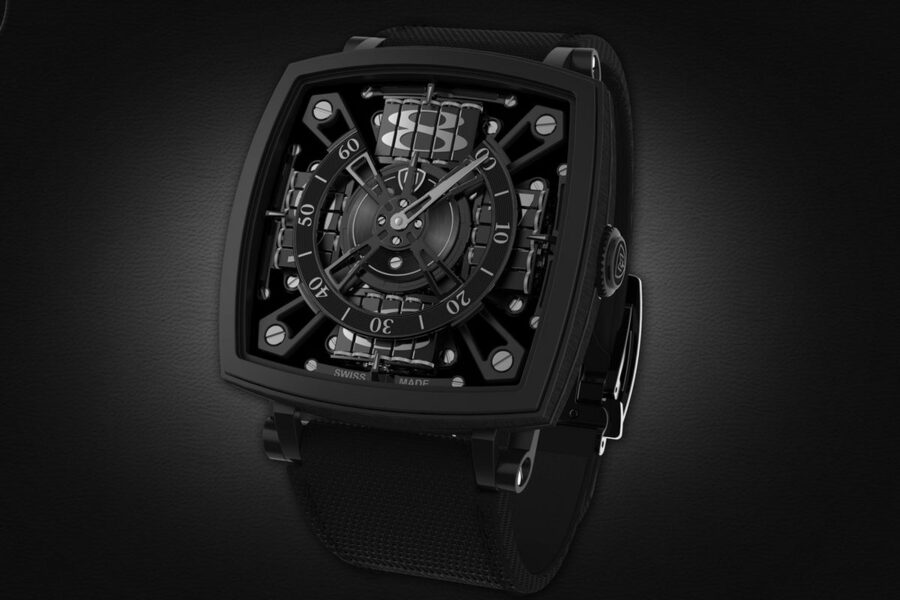 If you think your wrist needs to have the world's blackest watch adorning it, you'll have to seek out an S-110 Evo Venta Black this autumn, when only ten pieces will be released to the public, priced at $95,000 per watch. If that's a bit too steep for your budget, you could also conceivably wait until scientists develop an even darker substance than vantablack, at which point I'd expect that price to drop a little, but I also wouldn't hold my breath waiting.