By Joseph Gibson on November 2, 2018 in Articles › How Much Does

McLaren has unveiled the latest "hyper-GT" in the company's Ultimate Series, the absolute top of the McLaren line. Naturally, the top of that line doesn't come cheap, so it shouldn't be too much of a surprise that the McLaren Speedtail will come with a reported price tag of $2.3 million, as per a recent Bloomberg feature on the car.

McLaren is hoping for the Speedtail to be their answer to the likes of Lamborghini and Ferrari hypercars, and its design serves as the company's homage to its own McLaren F1, which between 1998 and 2004 was the fastest production car in the world. Like the F1, McLaren says it's making just 106 Speedtails, and a company spokesman says that all 106 McLaren Speedtails are already sold out – so, unless you're one of those lucky buyers, that $2.3 million expenditure will remain hypothetical for now. Here's a look: 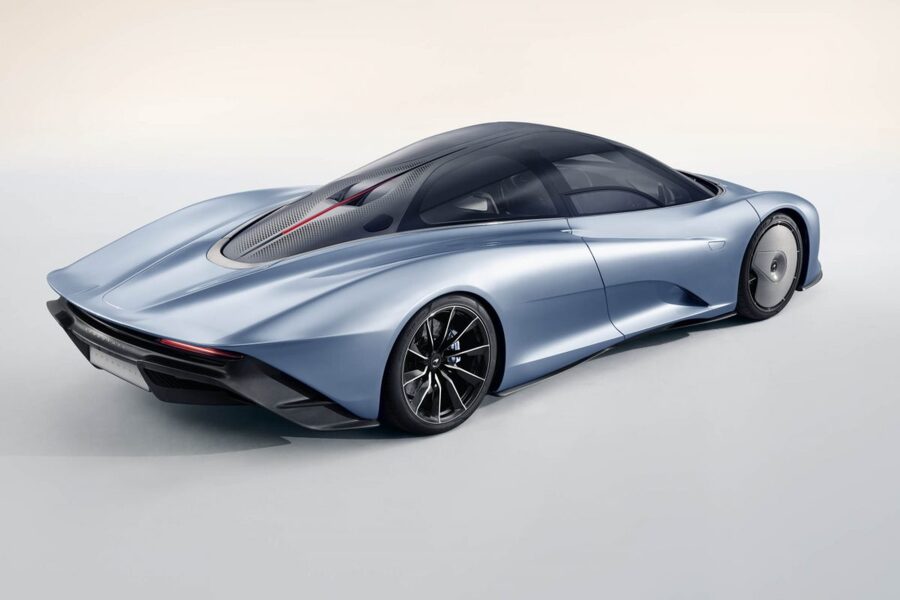 But what would you have gotten for that $2.3 million? For one, its top speed of 250 miles per hour and its ability to go from 0 to 186 miles per hour in 12.8 seconds makes it faster and more powerful than its F1 inspiration. And there's a chance that it might be able to go even faster, inviting speculation that the current production land speed record of 277.87 miles per hour might be at risk of being broken by the Speedtail. In a company statement, however, the point of view of McLaren chief Mike Flewitt that the company isn't prioritizing getting into any land speed skirmishes with rivals was reaffirmed with regards to the Speedtail: "These days, we prefer to let our customers set the records."

Of course, land speed records are one thing, but the Speedtail seeks to be a luxuriously comfortable experience for its drivers and two passengers (the car, unusually, features a three seat layout) as well. Bloomberg calls it "the most luxury-oriented model McLaren has made," with electrochromic glass in the windshield that can provide enhanced shielding from the sun on command, and badging in inlays in optional 18k gold or platinum. You can take a look at the three seat layout, another homage to the car's Formula 1 heritage, in the photo below: 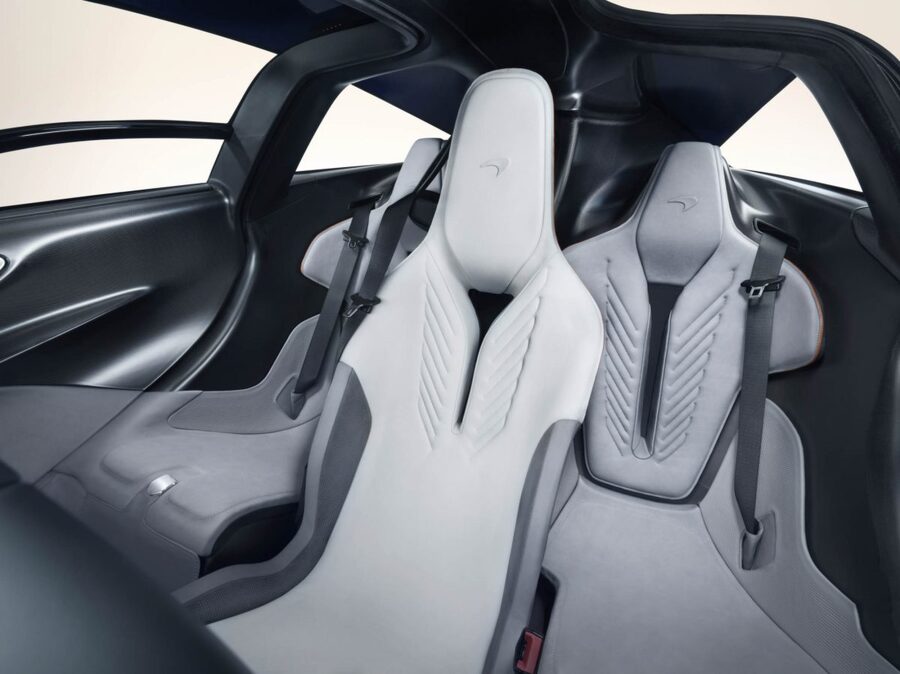 The $2.3 million McLaren Speedtail is slated to go into production at the end of next year.