The Luxury Zebra Cro Is The World's Most Expensive Doughnut, At $2,000

If you go to your nearest doughnut place, you might find that the doughnuts there cost less than a dollar each. Head to a specialty shop and you may find yourself paying a couple dollars for a doughnut, but at the Just Eat Food Festival in London, the Dum Dum Donnutterie was offering a pastry that outstripped all of the competition, at least in terms of price. It was the Luxury Zebra Cro, a nearly $2,000 doughnut that was an exclusive of the festival.

That means that if you weren't able to make it to the Just Eat Food Festival to drop two grand on a doughnut, you probably won't get another chance any time in the near future. But you can take solace in the fact that not even Paul Hurley, the owner of the Dum Dum Donutterie and the creator of the Luxury Zebra Cro, expected anyone to purchase one, according to a statement he made to News.com.au:

"No one is going to spend £1500 [almost $2,000] on a doughnut. The reason to do this is like VW developing the Bugatti Veyron. We wanted to see what was possible and then use those techniques and technology in our core doughnut varieties." 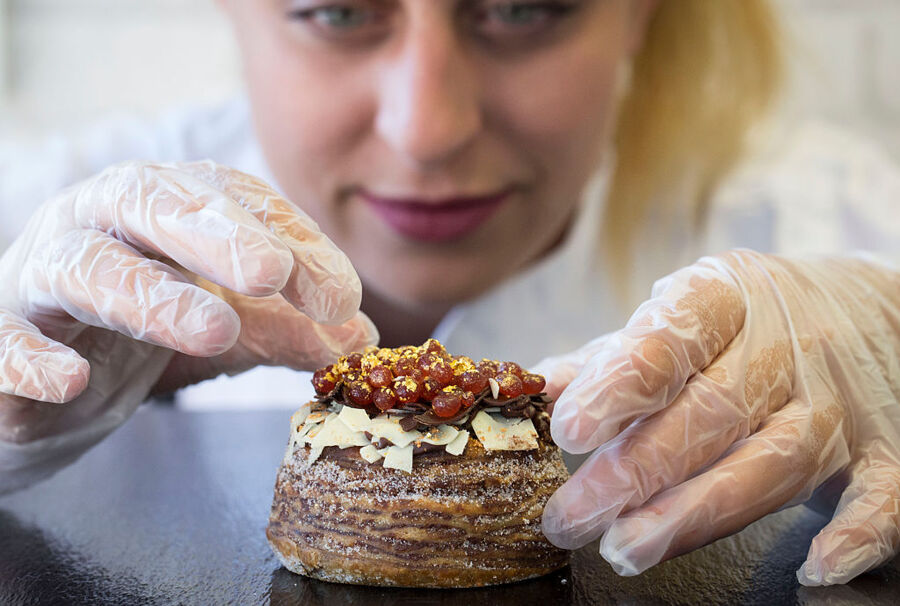 That same article states that the only person who was able to try the doughnut was a certain member of The Pussycat Dolls who evidently wishes to remain anonymous. Barring her testimony, you'll just have to imagine what the Luxury Zebra Cro would taste like, with its saffron-infused butter dough (and top-of-the-line Normandy butter), Cristal rosé champagne caviar topping, Tahitian gold vanilla, highly rare and expensive Amedei Porcelana chocolate, and of course, the ingredient that no ridiculous hyper-expensive food item would be without, edible gold leaf.