When you think about the "crown jewels," you probably think of the ones in London. But Italy has its own set of crown jewels, even though they've fallen into obscurity over the course of the last 75 years. Now, the Wall Street Journal reports their true ownership is now the subject of a legal battle between the Italian government and the former Italian royal family.

The Italian crown jewels were reportedly "largely forgotten" until last year, when the descendants of Italy's last king Umberto II, made a claim that the jewels were rightfully theirs. They attempted to reclaim the jewels as the family's private property, but the Italian government refused to relinquish them, and now the conflict is making its way into Italian court, with the descendants of Umberto II suing Italy (as well as the Bank of Italy, which has physical possession of the jewels in a vault) over the jewels. 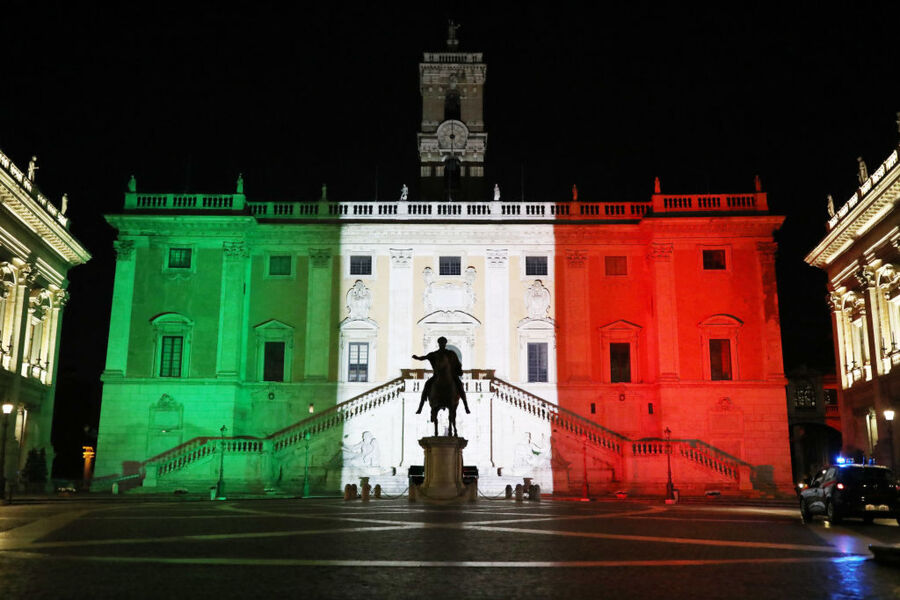 The Italian monarchy collapsed in the aftermath of World War II, when King Umberto I was condemned for his failure to stop the rise of fascism in Italy. He eventually stepped aside for his son Umberto II, but he would be the country's last monarch. Male descendants of the royal family have since been banned from entering the country, and members of the family tree's various branches have a habit of bickering over who is the "rightful" heir to the now non-existent Italian throne today.

Now, the family of Umberto II are attempting to get possession of the Italian crown jewels despite the fact that none of them have ever laid eyes on the precious stones, which have been buried away in a bank vault for decades. The family's attorney says they are in possession of an inventory list, but an actual up-to-date inventory will have to be made in court: "We'll go to court also to find out what's actually inside the treasure chest."

That means that the true value of the crown jewels isn't known either, but estimates in the Italian media have reached as high as $342 million. However, jeweler and designer Gianni Bulgari is one of the very few people to have actually laid eyes on the jewels in recent memory, and in a letter to the Italian press he didn't appear to be impressed: "They were objects of surprisingly modest quality and value," guessing their market value to be just a few million euros altogether.

Bulgari examined the jewels back in 1976, as part of a legal effort to determine that none of the jewels had been lost or stolen.

The WSJ article says that the Italian public seems to be largely unconvinced by the former royal family's claims to ownership. Instead, there are calls for the jewels to be the property of the Italian people, and/or put on display in a museum for the public to enjoy.