The 19 Carat "Pink Legacy" Diamond Could Sell For $50 Million

Next week, in Geneva, a small pink rock will go up for auction as part of two days of bidding on jewelry. "Small" being a relative term, it's a little bit of a misnomer here, since the "Pink Legacy" diamond is in fact the largest fancy vivid pink diamond ever sold by Christie's, and the auction house expects it to fetch anywhere from $30 million to $50 million once all is said and done.

The Pink Legacy will be the crown jewel (so to speak) of Christie's upcoming Magnificent Jewels auction, which kicks off on November 13th. Rahul Kadakia is Christie's International Head of Jewellery, and he has this to say about this very special diamond in the auction house's press release:

"The saturation, the intensity of this stone is as good as it gets in a coloured diamond. To find a diamond of this size with this colour is pretty much unreal … You may see this colour in a pink diamond of less than one carat. But this is almost 19 carats and it's as pink as can be. It's unbelievable." 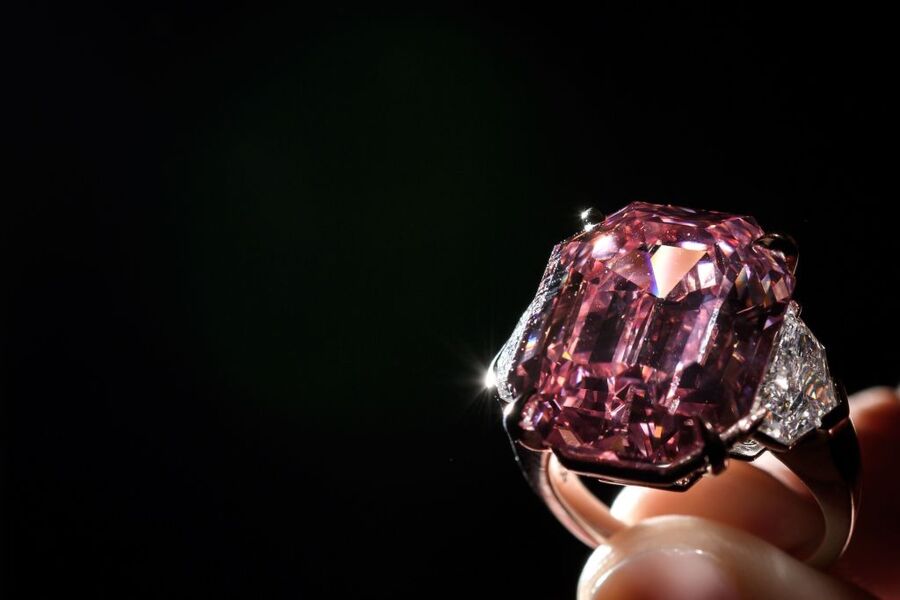 The color isn't the only thing that distinguishes the Pink Legacy. Christie's also says that the diamond is a very rare Type IIa diamond, a classification reserved for diamonds with the utmost chemical purity, and almost no trace of nitrogen or other chemical imperfections. As Kadakia explains:

"Pink diamonds fall under the rare Type IIa category of diamond. These are stones that have little if any trace of nitrogen, and make up less than two per cent of all gem diamonds. Type IIa stones are some of the most chemically pure diamonds often with exceptional transparency and brilliance."

As if that weren't enough, the Pink Legacy is also nearly unique in its coloring as well. Most pink diamonds have a "color modifier" such as purple, orange, or even brown or grey, but as a certified "Fancy Vivid" stone Pink Legacy has nothing but pink, like something the Shah of Lugash might be proud to own. Very few Fancy Vivid diamonds ever weigh in at more than ten carats, making the 18.96 carat Pink Legacy a diamond of "virtually unheard of" proportions, and Christie's says that over the course of its 250-year history only four such stones have ever gone on its auction block.

Stay tuned to find out just how much the Pink Legacy gets at auction on Tuesday.