The $18.9 Million Bugatti La Voiture Noire Is The World's Most Expensive New Car

The automotive world has seen a new champion in the race to find the highest price tag for a non-vintage automobile. Fittingly, it's a unique, one-off design from Bugatti engineered to celebrate Bugatti's 110th anniversary: The La Voiture Noire, which was recently unveiled at the 2019 Geneva Motor Show and carries a price tag of $18.9 million when you include taxes.

Befitting its origins as a tribute to all 110 years of the Bugatti brand, La Voiture Noire has tons of references to that long history embedded in its design, many of them only legible to diehard followers of Bugatti. At its official site, the company itself refers to the car as a "reminiscence of an icon," going on at length to define it like this:

"A pioneering spirit, passion for perfection and the desire to continually redefine its limits have been the key characteristics of BUGATTI since it was founded 110 years ago. None of the brand's masterpieces reflect these values more impressively than the Type 57 SC Atlantic. Created by Ettore Bugatti's eldest son Jean, the only four Atlantics ever created stand for pure elegance and sophistication.

"With its homage to the fourth, all-black Atlantic, missing since the Second World War, BUGATTI is bringing the speed, technology, luxury and aesthetics of an icon into a new era. But the customised creation of "La Voiture Noire" is far more than a modern interpretation of the ghost of the gran turismo. "La Voiture Noire" is a tribute to BUGATTI's own history, a manifesto of the BUGATTI aesthetic and a piece of automotive haute couture." 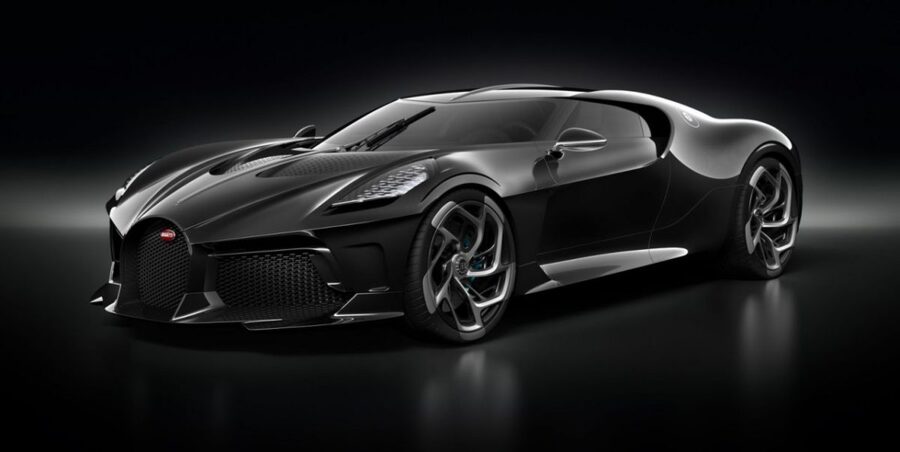 Automotive haute couture requires an equally haute price tag, and no one knows for sure yet who the anonymous buyer of La Voiture Noire (French, incidentally, for "the black car") is. But Yahoo! Finance reports that according to rumor, the car's owner is Ferdinand Piech, former VW Chairman and the executive responsible for purchasing the Bugatti brand and making it part of the VW Group back in 1998.