Even with the recent crypto decline, digital currency has experienced unimaginable growth over the past five years. "To the moon" isn't just for stocks like Gamestop and AMC; crypto plays have provided significant gains, too. The sector's market capitalization started at $800 billion at the beginning of 2021 and ended the year north of $2.2 trillion. Most major digital assets reached all-time highs, with the majority recording triple-digit gains.

Suffice to say, if you picked out the correct winners, you had yourself a great time. And the creators of some of these digital assets reaped the benefits, too—the top ten people in terms of wealth are all worth at least $3 billion. But who's worth the most?

Commonly known as CZ, Changpeng Zhao has had his hands in a number of crypto ventures. He helped develop Blockchain.info and served as CTO of OKCoin. However, Zhao is probably best known for creating Binance, which is the largest cryptocurrency exchange in terms of trading volume. Binance has more than six million users and launched its own token—the cleverly named Binance coin—last year on the Ethereum blockchain. Zhao said in a November 2021 interview that he hopes to donate up to 99% of his wealth.

The wealthiest person in crypto also happens to be someone we know very little about. It's hard to find much info about Satoshi Nakamoto. He was allegedly born in Beppu, Japan in 1949 into a very poor family before he and his mother moved to California in 1959, and started the source code for Bitcoin in the early to mid-2000s after being laid off from two previous jobs. What we do know is Nakamoto is credited as the one who first developed Bitcoin. It's not even clear if Nakamoto is still alive, though if he is, he's the wealthiest by a long shot. A recent estimate puts Nakamoto as the owner of 1 million Bitcoin, which is worth about $60 billion in today's dollars. Though, in a cruel twist, the Bitcoin creator hasn't been able to sell any of his coins for fear of having his identity revealed.

As far as people whose identity we actually know, Sam Bankman-Fried is the wealthiest in crypto. He launched his FTX exchange in 2019, a platform built "by traders, for traders," and it's since become one of the largest crypto exchanges. FTX raised $900 million during the summer of 2021 at an $18 billion valuation, putting Bankman-Fried among the wealthiest people in the world before he even turned 30 years old. He also founded the Alameda Research trading firm, which helps investors earn more money, too. 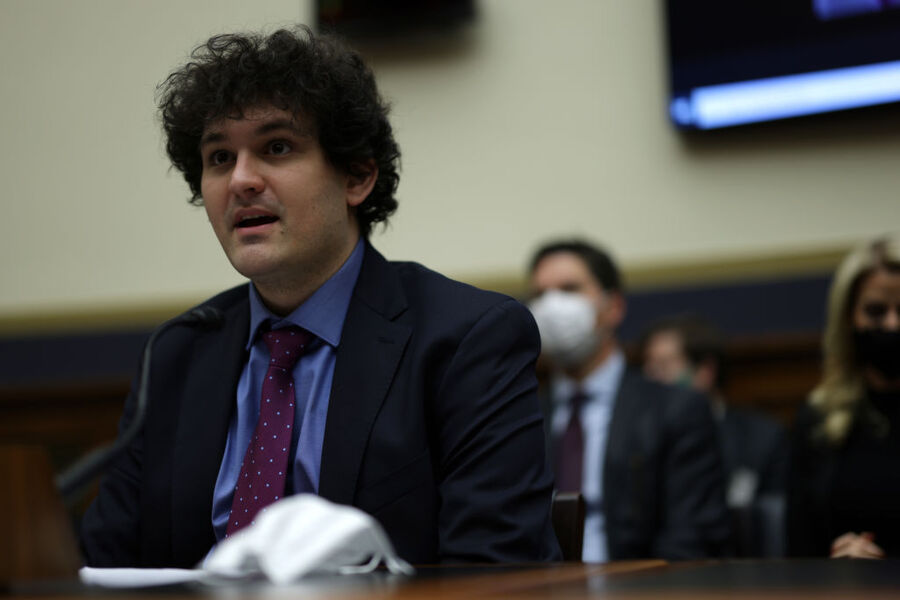 The chief executive officer of Coinbase Global, Brian Armstrong leads the largest cryptocurrency exchange in the United States. Armstrong is no stranger to growing a business, either—he previously worked as a software engineer for Airbnb before co-founding Coinbase in 2012 with Fred Ehrsam (who we'll see a little later on this list). Armstrong owns 19% of the Coinbase, which makes him among the wealthiest people in crypto. After going public in April 2021, Coinbase at one point surpassed a market capitalization of $100 billion. Though it's since gone back below that number, the company is still poised for big things.

Chris Larsen knows the value of a good partnership. He co-founded crypto payment protocol RippleNet, which has major companies like American Express and Santander as customers. Though Larsen stepped down as CEO in December 2016, he still serves as Ripple's chairman. He also founded the cryptocurrency XRP, which nearly quadrupled in value over the course of 2021, only adding to Larsen's considerable wealth.

A Canadian entrepreneur, Joseph Lubin is a co-founder of Ethereum, which is one of the most well-known blockchains in the crypto space. Lubin also created Consensys, a software for developers and enterprises to access the decentralized internet to launch and support new financial endeavors and applications. Lubin has played major roles in finding solutions and ideas for different governance issues within crypto, and his ongoing presence should pay even greater dividends down the road.

Who needs Facebook when you can get rich from crypto, instead? In the late 2000s and early 2010s, the Winklevoss twins were more well-known for rowing for the Olympics and alleging Mark Zuckerberg stole their social networking idea when he created Facebook. The twins got a massive $65 million settlement from a lawsuit against Zuckerberg and put it to good use, co-founding cryptocurrency exchange Gemini in 2014. The pair also own an estimated 70,000 Bitcoin on top of other digital assets, making them perhaps the wealthiest twins in the world.

Though Fred Ehrsam co-founded Coinbase, he doesn't currently have a role with the company. Instead, he's the managing partner of another company he co-founded. Paradigm is a cryptocurrency investment firm, allowing Ehrsam to show off his business savvy.

Jed McCaleb was one of the earlier pioneers of crypto, and he's helped launch several companies along the way. He founded and served as CTO of Ripple until 2013, and he also created the Mt. Gox bitcoin exchange, peer-to-peer networks eDonkey and Overnet, and the eDonkey2000 application. Most recently, he co-founded Stellar, an open-source, decentralized protocol for digital currency. Yet it's Ripple that gives McCaleb his largest source of wealth. In 2018, his Ripple investment was worth $40 billion; it's since lowered a bit, though McCaleb is still doing quite well.