Most members of Congress are doing just fine financially, even without their $174,000 salary. Actually, with benefits, that amount climbs to $285,000, making many of D.C.'s power players part of the top 5 percent of paid workers in the United States. We took a look at the 10 Richest Members of Congress, all of whom have a personal net worth most of us can only dream about. However, at the other end of the spectrum are 10 members of Congress who've had more than their fair share of financial woes. The following 10 politicians are the poorest members of the House and Senate. Despite their $285,000 salary, each of these politicians has a negative net worth, as a result of money they owe in mortgages, political ventures, and other expenses. This year's list of the poorest members of Congress contains one majority whip, one party chairman, one formerly impeached judge and one senator. Let's take a look at the 10 Poorest Members of Congress.

Representative Scalise is the House majority whip with a swanky office in the Capitol, but his personal finances aren't looking quite so good. He reported $4,000 in assets and $675,000 in liabilities from two mortgages.

Representative Fattah reported $100,000 in assets from his wife's investment in General Electric and more than $800,000 in liabilities from several mortgages.

Heinrich is the only senator on the list and he reports $128,000 in assets against more than $850,000 in liabilities. All of his liabilities are mortgages.

Representative Quigley lists $80,000 in credit card debt as well as two mortgages as his liabilities.

Representative Cleaver's business loan from Bank of America in excess of $1 million is responsible for dragging down the net worth of this Methodist minister. He also has a mortgage and another bank loan.

Rep. Rohrabacher makes this list with an asterisk next to his name. His biggest liability—a mortgage exceeding $500,000–was paid off in 2013. However, Federal reporting rules still required him to list that mortgage under his liabilities. Rohrabacher's biggest asset is an investment in ISI Life Sciences Inc. for more than $100,000.

Representative Wasserman Schultz is the chairwoman of the Democratic National Committee. She is also drowning in debt. She has two mortgages on two homes, a home equity line of credit of more than $250,000, credit card debt exceeding $15,000, and a personal loan of more than $100,000.

Representative Hastings is still paying off the legal debts from his impeachment as a federal judge in the 1980s and lists a single bank account reported as containing "more than $1,000" as his only asset. He also has a mortgage that is rated as a liability against his net worth.

Representative Valadao's net worth is somewhat of a mystery. He is a dairy farmer by trade and his interest in one dairy farm is worth between $1 and $5 million, and in another farm worth between $500,001 to $1 million. (Congressional financial disclosures are reported in a broad range.) Five separate mortgages – each over $1 million – drag his net worth down. 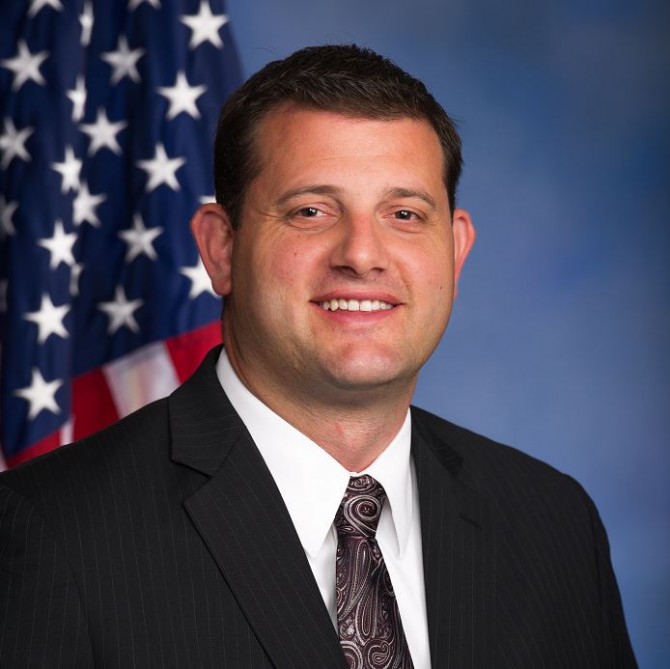 David Valadao (Photo Via U.S. Government/Wikimedia Commons)
Did we make a mistake?
Submit a correction suggestion and help us fix it!
Submit a Correction