That Guy Who Dropped $12 Million Over A Hong Kong Neighborhood Isn't A Bitcoin Millionaire, After All

You may have seen news reports recently of a real life Jack Napier who took $12 million in cash to the impoverished Hong Kong neighborhood of Sham Shui Po and dropped it all into the streets. These initial reports identified 24-year-old Wong Ching Kit as a "Bitcoin millionaire," but now, a report from CCN is offering clarification – or more accurately, contradiction – of this point from Bitcoin Association of Hong Kong president Leonhard Weese. Weese says:

"He's not a Bitcoin Millionaire. He is running a pyramid-like scheme well known in the community. Disappointed this is getting so much uncritical attention."

"Uncritical" is right, given that Wong is reported to be well known as a scam artist throughout Hong Kong, having turned up in several local media reports for his schemes going back to 2012. Back then, he was charged with stealing cell phones while working as a swimming instructor, but that was small potatoes compared to his later work, like his involvement in what has been dubbed the "London gold trading scams" in 2017. Hong Kong's Commercial Crime Bureau chief inspector Marina Yin Hiu-yu broke down that scam in the summer of last year, explaining that it involved hiring young women to convince investors to put some money into gold, then taking the money and splitting without ever supplying any. She went on:

"The girls claimed to be successful investment consultants. They also displayed a posh lifestyle on social media by showing off deluxe cars and watches. Some victims hadn't even met the so-called financial stars before they agreed to open accounts, signed documents to authorise brokers to trade on their behalf and passed the account password to the girls." 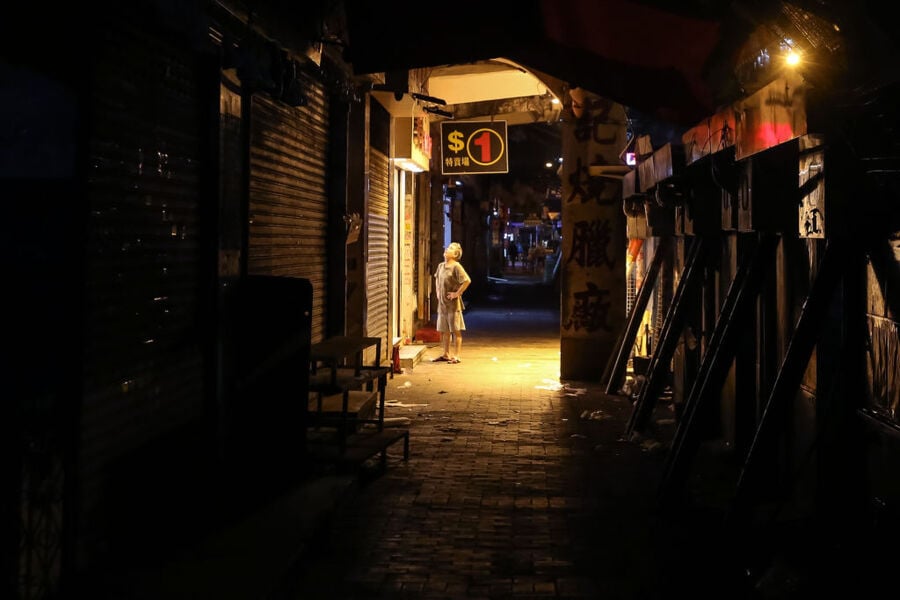 Wong was suspected of being behind some of these crimes back then, and his most recent caper involved selling a $3,000 cryptocurrency mining computer ($3,000 is reportedly a "substantially higher" price than any legitimate product of that kind). Here's a clipping from the South China Morning Post's report on that story:

"The young man has given media interviews under various monikers, promoting investment products, including a HK$27,500 computer he claimed could be used for cryptocurrency mining. Company search reports showed Wong owns a company called Coin's Group. The firm was initially called Oscar Holding Group in 2017 but the name was changed on July 3 this year."

Not only is Wong reportedly not involved with Bitcoin "in any way," there's also some doubt as to how much cash he actually dropped over that Hong Kong neighborhood on December 16th, with some reports claiming the figure was actually more like $300,000.