Ten Years Ago, Two Pizzas Were Purchased For 10,000 Bitcoins. Today, That's The Equivalent Of Over $400 Million

May 22nd, 2010: History was made when an early Bitcoin adopter named Laszlo Hanyecz purchased two large Papa John's pizzas from another Bitcoin user, marking what is believed to be the first time the cryptocurrency was used to purchase goods or services in the real world. At the time, the 10,000 bitcoins Hanyecz spent on the pizzas were valued at roughly $40 altogether, but today, with one bitcoin trading for anywhere in the neighborhood of $35,000 to $40,000, they'd be worth as much as $402 MILLION.

It all started when Hanyecz took to Bitcoin Talk forum to make what was at the time an unusual offer:

"I'll pay 10,000 bitcoins for a couple of pizzas.. like maybe 2 large ones so I have some left over for the next day. I like having left over pizza to nibble on later. You can make the pizza yourself and bring it to my house or order it for me from a delivery place, but what I'm aiming for is getting food delivered in exchange for bitcoins where I don't have to order or prepare it myself, kind of like ordering a 'breakfast platter' at a hotel or something, they just bring you something to eat and you're happy!

"I like things like onions, peppers, sausage, mushrooms, tomatoes, pepperoni, etc.. just standard stuff no weird fish topping or anything like that. I also like regular cheese pizzas which may be cheaper to prepare or otherwise acquire…If you're interested please let me know and we can work out a deal." 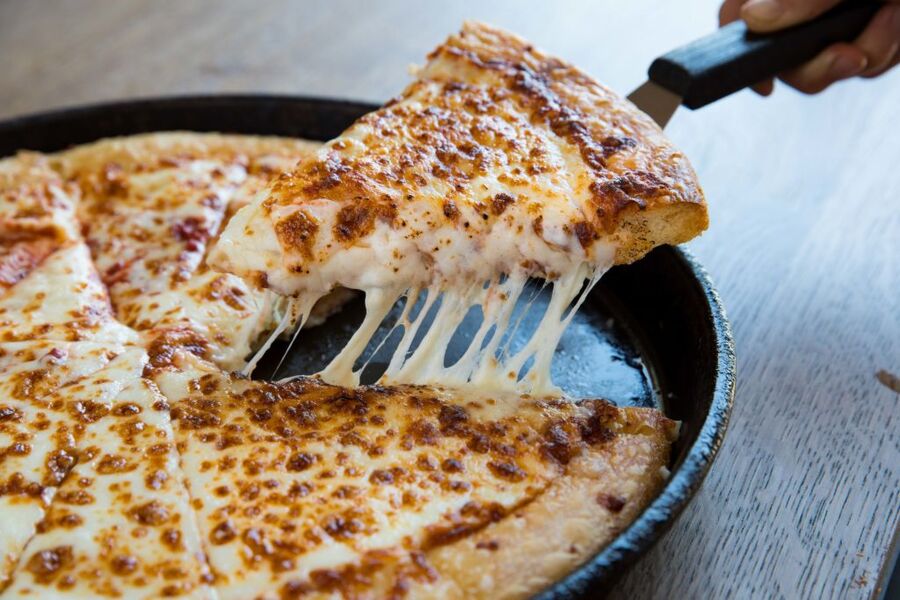 The deal, as it turned out, was pretty good for both parties, since Hanyecz got two large Papa John's pizzas for about $40 (not too bad if you count delivery and tip), while the seller made a tidy profit of (at the time) about $15, since they reportedly paid just $25 for the pies. Today, of course, the deal comes off somewhat differently, since if Hanyecz had decided to hang on to those bitcoins they would be the equivalent of hundreds of millions of dollars today – or enough to buy more than 20 million large Papa John's pizzas.

Now, a decade later, the date of that transaction is known as Bitcoin Pizza Day, an important date among cryptocurrency enthusiasts. Hanyecz gives occasional retrospective interviews to various outlets, where he claims to have no regrets regarding his (in)famous pizza purchase.