Here, in the heart of the tech industry, times are tough. A 40-year-old Twitter software engineer complained to The Guardian that his base salary of $160,000 makes it hard for him to raise a family in the Bay Area. His biggest cost is a monthly bill of $3,000 for rent, which is ultra-cheap for a two-bedroom house in San Francisco. He'd like a slightly bigger place for his wife and two kids but is often forced to compete with young adults willing to pay $2,000 for a room.

The Bay Area, especially within the city center, is pricing families out of the market. Family-friendly restaurants and cafes are giving way to "hip coffee shops" and other destinations for young adults. The latest tech boom combined with the housing shortage has caused rents to surge over five years. The costs have displaced teachers, city workers, firefighters, and other middle-class members, not to mention a huge swath of low-income residents. 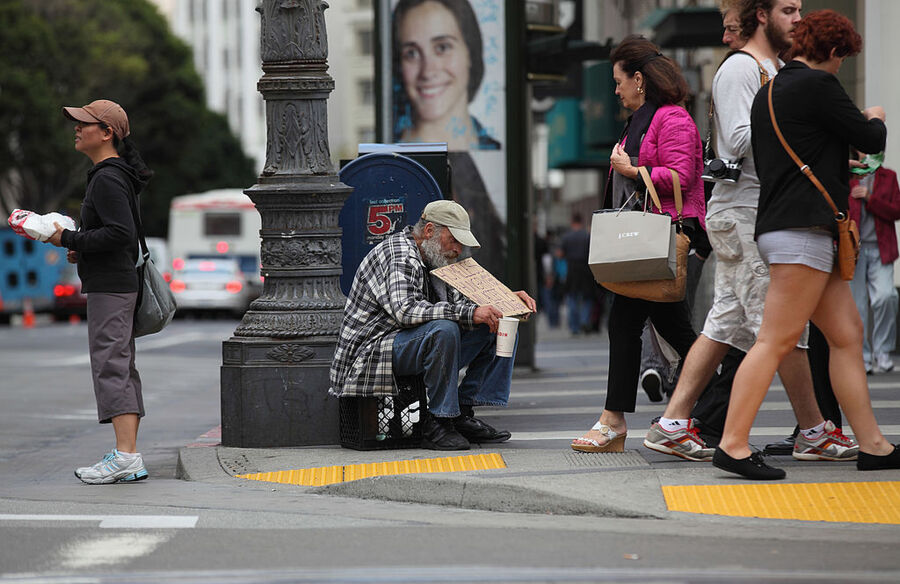 Even techies are feeling the pressure. The Twitter employee was left with a hole in his budget in early 2014 when the payroll schedule was changed, requiring him to borrow money. Other tech workers making up to $700,000 a year went to The Guardian with complaints about the situation. Facebook engineers raised the issue with Mark Zuckerberg last year, asking for the company to subsidize rents. Engineers in the Bay Area can expect to pay between 40% and 50% of their salary to rent an apartment near work.

Many in this area are turning to alternative living styles. One Apple employee was living in a Santa Cruz garage using a compost bucket for his toilet. Airbnb is starting to fill up with listings for small apartments filled with bunk beds. One engineer reported that he was forced to pay $1,100 a month for a bunk bed, with five other people in the same room.

Another woman in her 50s brings in a household income of over $1m but is unable to afford a house in the area. She had cancer a few years ago and fears losing health insurance if she loses her job. Younger tech workers earning six-figure salaries dream of owning a home, but their only hope is if they combine income with a partner. Michael, who works at a networking firm and earned $700,000 last year, went to an open house in Los Gatos for a house listed at $1.4m. He was hoping to shorten his 22-mile commute, which can take over two hours. The house was purchased 24 hours later for $1.7m. Instead, Michael decided to take a 50% pay cut in order to relocate to San Diego.

As prices go up, people with ordinary jobs get priced out and are forced to commute from further and further away. Workers are caught in an uncomfortable position, as some literally step over San Francisco's large homeless population on the way to make thousands of dollars. There isn't an easy solution, other than a hard reset that could disrupt even more people.