Taylor Swift and her girlfriends are the coolest girls in the world and now they are also climbing the ranks of the wealthy jet setting list – and it seems that hanging out together is upping all of their individual net worths. These young women are quickly becoming the world's most influential group of friends. The leader of the pack is Taylor Swift. The country turned pop princess has a net worth of $240 million and rakes in $80 million per year. Her powerful tribe of friends includes models, other singers, and actresses, but her model friends are the ones really upping their profiles by being a part of Swift's inner circle. These catwalking beauties have nearly as much money as they do Instagram followers and it appears that the more they hang out together and the more photos of them hanging out together that they post to their social media channels, the more money they make. Collectively, Taylor and her girl squad brought in $102.5 million last year. That buys a lot of Louboutins and Cosmos. Who are Taylor's besties? How much did they earn this past year? Let's take a look: 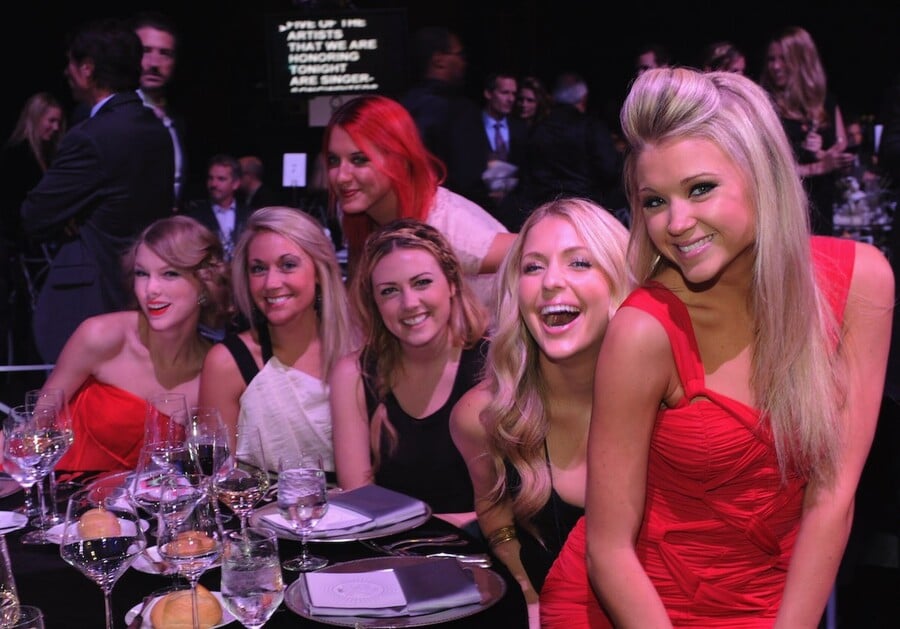 Martha Hunt is a 26-year-old model who was discovered at a modeling competition in her home state of North Carolina. She has become one of Taylor's besties and appeared in the video for "Bad Blood." Martha has also been seen leaving Taylor's house on several occasions. She joined her crooning buddy on stage during the 1989 tour in Detroit.

Heiress and VSPink model Gigi Hadid has become closer to Taylor over the past few months. The 20-year-old model appeared in Swift's "Bad Blood" video and joined Taylor and Martha Hunt on stage during the Detroit stop of the 1989 tour. Hadid, who is best friends with Kendall Jenner, has been dating Joe Jonas recently. The couple has been spotted out on double dates with Swift and her current boyfriend, Calvin Harris.

Kendall's BFF is Gigi Hadid and she is also friends with a number of other friends of Taylor, so really it was just a matter of time before Jenner became a part of the world's most famous group of friends. The second youngest of the Kardashian-Jenner clan, Kendall has been making big waves in the modeling world.

Karlie Kloss is largely considered to be Taylor Swift's very best of all of her best friends. The model and the singer met when Swift performed at the Victoria's Secret show in 2013. The two tall young women grew close quickly. Taylor and her 22-year-old friend have even taken a road trip together. They also bonded while getting ready for the annual Met Gala together.

Cara Delevingne and Taylor Swift also met at the 2013 Victoria's Secret Show, where Cara playfully smacked Taylor's butt on stage. The model also starred in the "Bad Blood" video and joined Taylor on stage during a June performance in London, waving a British flag.