While political leaders receive comfortable salaries while in office (the president's salary is $400,000 per year), the real money is made once they retire from political life, typically from investments, business ventures, book deals, and of course, public speaking fees.

Public speaking fees for in-demand former politicians have skyrocketed over the past several years, with many former politicians charging six-figures for an hour-long speech. According to Fortune, former President George W. Bush makes between $100,000 and $175,000 per speech. Since leaving office in 2009, he's given over 200 speeches, for a total of $30 million in speaking fees alone. In addition, former President Bill Clinton reportedly earns approximately $225,000 per speech, and has received upwards of $750,000 for one speech, according to the International Business Times. It's estimated that Clinton has received almost $100 million from speaking fees alone since leaving office 15 years ago. These two former presidents aren't the only politicians commanding high speaking fees – former governors, cabinet members, senators, and even mayors are also cashing in on speeches given to businesses, universities, and other organizations, receiving more money for a one-hour speech than most of us make in a year (or two). 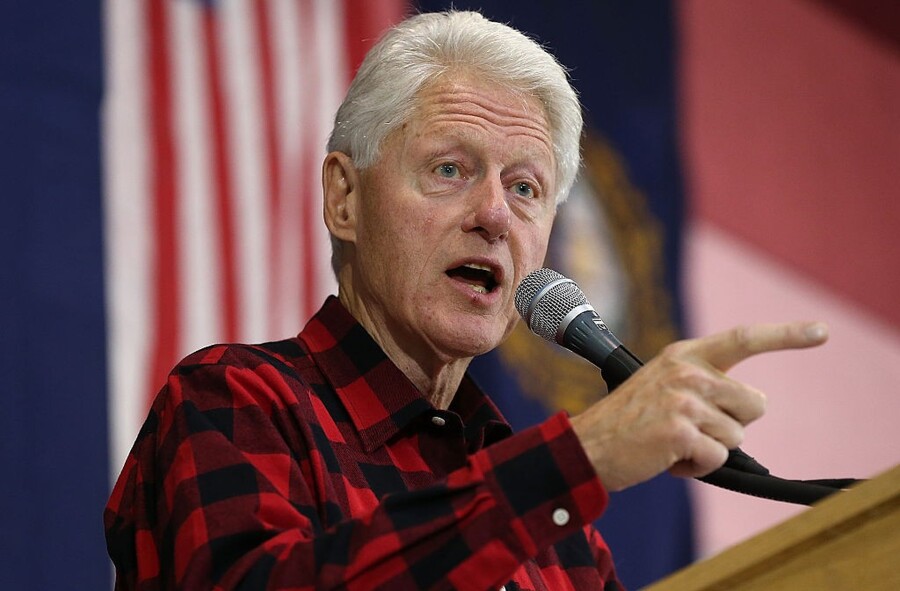 Donald Trump: While not a former politician, infamous business mogul and presidential hopeful Donald Trump has commanded $1.5 million per speech in the past, according to ABC News.

Bill Clinton: According to International Business Times, he typically earns upwards of $200,000 per speech. He's reportedly received $750,000 for a speech given to telecom executives in Hong Kong. While he does charge incredibly high speaking fees, he donates a portion to his charity, The Clinton Foundation. He also speaks free-of-charge for some nonprofit groups.

Hillary Clinton: The former secretary of state commands speaking fees of $200,000 to $275,000, according to the Washington Post. Clinton, who is running for president, recently came under scrutiny when it was revealed that she collected over $600,000 in speaking fees from investment firm Goldman Sachs in one year, according to MSNBC.

Rudy Giuliani: The former mayor of New York and presidential candidate has received upwards of $270,000 for one speech, and made approximately $9 million in speaking fees in a single year, according to Business Insider.

Ben Bernanke: According to The New York Times, the former Federal Reserve chairman receives $200,000 to $400,000 per speaking engagement.

Other big names, including Al Gore, Sarah Palin, and Condoleezza Rice, have all earned between $100,000 and $150,000 to speak at an event, according to ABC News.

But why? Forbes notes that despite the staggering fees, the speeches aren't rife with earth-shattering news or thought-provoking wisdom. Businesses and groups are willing to shell out the big bucks not for the speech, but rather for the opportunity to be associated with the speaker and have a big name headlining the event, which could in turn generate additional press for the event or the group.

Whatever the reason, the exorbitantly high speaking fees, not to mention obligatory book deals, prove that for some, the only thing better than being a politician, is being a former politician.