Back in May of 2015, we told you about an ambitious construction project spearheaded by former Hollywood exec Nile Niami. Niami's history is in film production, and his idea for a massive mansion in Bel Air in some ways has more in common with a super-blockbuster than a typical house: A $500 million mansion that will measure in at a whopping 100,000 square feet. The mansion was originally supposed to be done after about 20 months, but now it's still being constructed, and a virtual tour of the property that is now known as "The One" has been released online.

Contrary to its name, The One will actually be made up of four separate structures. There's the massive 74,000 square foot main house, plus three smaller houses for guests. To give you an even better idea of the scale involved, the master bedroom alone will reportedly include multiple bathrooms, two walk-in closets, and even its own infinity pool. 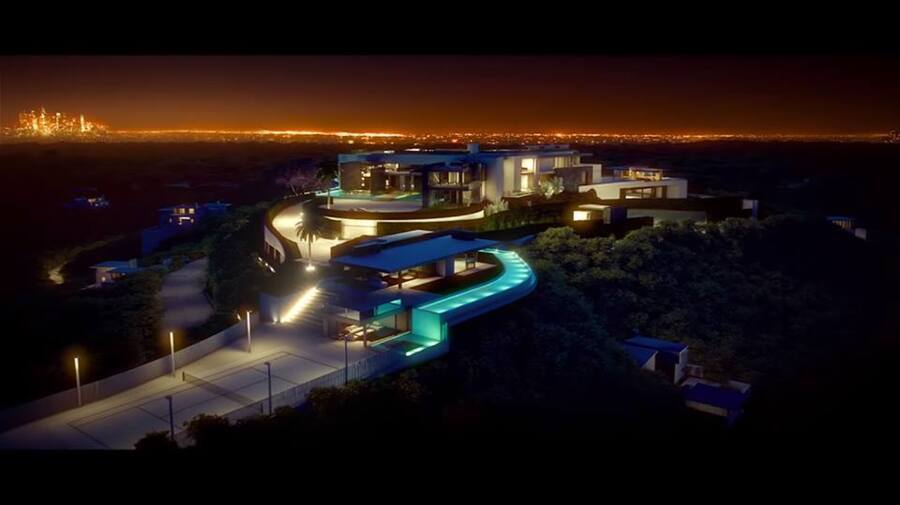 That's just the master bedroom – sorry, master suite. The rest of The One is even more impressive, with a few amenities that are decidedly not part of the usual mansion repertoire, no matter how big they are. That includes a 45-seat home movie theater, a bowling alley, a casino, and even a nightclub (!) measuring in at 8,500 square feet. Then there is the "Jellyfish Room," a massive aquarium with its own special light show built into the ceiling.

It's not clear what the status of The One's construction is now, but in August a "promotional 3D movie" about five minutes long made its way to YouTube, and you can get a look at it below:

As you can see, The One seems to be mostly computer generated at this point. But keep your eyes open for more information on this wildly ambitious construction project, and perhaps it will actually be someone's home in the near future.