Why Couldn't Sotheby's London Sell A Diamond The Size Of A Tennis Ball?

It was no dice for an impressive 1,109-carat, uncut piece of ice at Sotheby's London this week. The world's second largest diamond, roughly the size of a tennis ball, failed to find an owner.

There was quite a bit of excitement over the "Lesedi La Rona" before it was offered at a stand-alone sale on June 29th. It's the biggest diamond to have been recovered in over 100 years and the Gemological Institute of America identified it as possessing exceptional quality and transparency. The only larger diamond, the "Cullinan Diamond," is now part of the British royal family's crown jewels.

"The Lesedi La Rona has a fascinating structure," diamond expert Tobias Kormind said. "Two clear sides where pieces have come off during the stone's ascent from the earth's core have created windows, allowing experts to look clearly inside the diamond to determine the purity and shape of the diamonds that can be created from it." 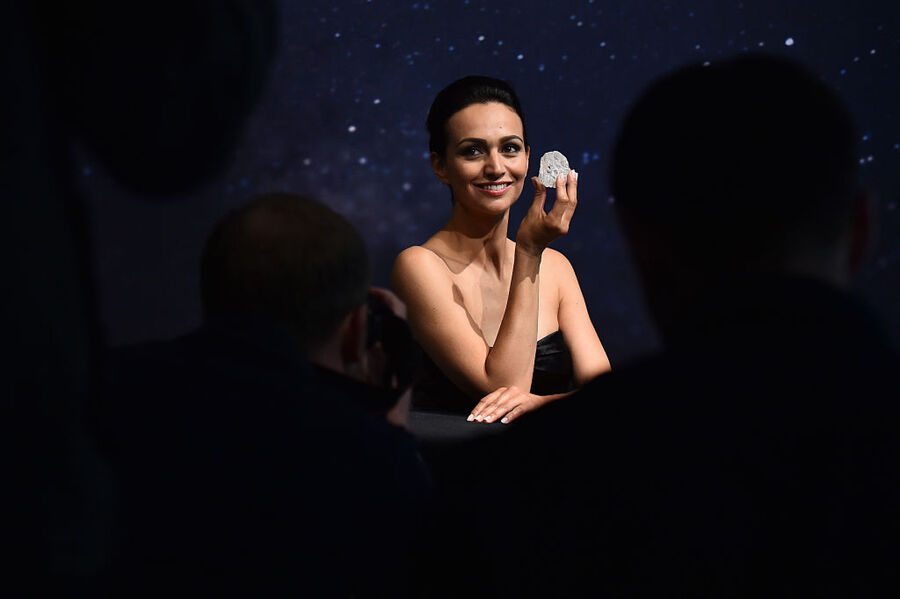 The Lesedi La Rona was expected to fetch at least $70 million, but it didn't fetch a thing. Although there were some bidders, none of them met the undisclosed minimum price set by the seller, Lucara.

"Every aspect of tonight's auction was unprecedented," Sotheby's said in a statement. "No one alive today has ever seen a gem-quality rough diamond of this incredible scale, and no diamond – polished or rough – has ever been estimated at this price level."

Perhaps the auction was unprecedented, but it shouldn't have surprised the people at Sotheby's.

The British are struggling with a lot of economic uncertainty right now. After the United Kingdom voted to leave the European Union, the country suffered a huge market fallout and a drop in the value of the pound. The net worths of many wealthy British citizens dropped significantly. Gerald Cavendish Grosvenor, the 6th Duke of Westminster and the wealthiest British citizen, lost $1 billion.

According to economic analysts, it will be a while before the United Kingdom recovers. Even small bumps in the sterling should be met with caution, according to Mark Dowding, senior portfolio manager at BlueBay Asset Management.

The Lesedi La Rona auction is the second London auction to fail since Brexit. At a Phillips art auction on Monday, 32% of the items went unsold. The items that did sell fetched a lower-than-expected sales price.

Perhaps Sotheby's and Lucara should have picked a better venue and time to showcase their Lesedi La Rona. It may be a while before anyone in London is willing to fork over $70 million for a diamond.