Meet The 31-Year-Old CEO Who Is Making Hundreds Of Millions Off A Trampoline Empire!

At 21 years old, Jeff Platt jumped into the fledgling trampoline park business, with only a college education and two parks to manage. Ten years later, the 31-year-old CEO of Sky Zone has has built a franchise of 140 parks that generates $240 million in revenue.

In an interview with CNBC, Platt said the business was initially his father's dream. His father wanted to launch a new professional trampoline sport – a combination of the traditional four sports and quidditch, the fictional game played in the Harry Potter books. The Platts raised $2.5 million to open the first Sky Zone park in 2004 in Las Vegas, Nevada. They fielded teams and even held a championship, but they weren't getting a lot of traction.

"We quickly realized that if you're going to start a professional sport, you probably need ESPN as your partner and hundreds of millions of dollars behind you," Platt told CNBC.

The company switched gears. Someone suggested that they start charging the skateboarder kids who would often come in and jump for free. While the kids balked at the new $8 charge, they also handed over money and came back the next day with friends. It wasn't what Pratt's father initially intended for Sky Zone, but he was smart enough to let go of the original plan and switch directions. 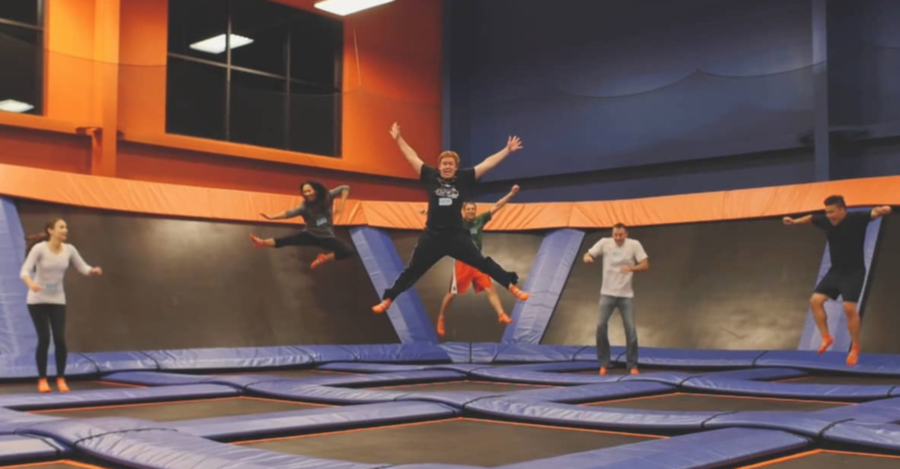 "It's always hard for an entrepreneur to take what is their original vision and switch directions, or accept the fact that whatever that original idea was is not working," Jeff Platt told CNBC.

The company began to grow. In 2006, Sky Zone opened a second, bigger, location in St. Louis, Missouri. A student at Washington University at the time, Platt presented a class paper on his father's company. The idea of wall-to-wall trampolines attracted the interest of local investors who financed Sky Zone's interstate expansion.

But the good news was quickly dampened. Only five weeks after the opening of the St. Louis location, Platt's mother was diagnosed with cancer. When he was just 21, Platt took over the company so his father could take care of his mother. She did not survive.

Platt threw himself into running the business his father started, and, ten years later, he has transformed two locations into a franchise. Now, Sky Zone has 140 trampoline parks in five countries, including Saudi Arabia, Australia, United Kingdom, Canada, and Mexico. Platt is also expanding into India.

Sky Zone also launched a professional trampoline sport: dodgeball. Platt resurrected his father's original dream of tying a sport to the trampoline parks by starting an international trampoline dodgeball league, with sponsors like PepsiCo. Fox Sports has even aired some recent championship games. Platt believes dodgeball has been more successful than quidditch because the Harry Potter game was so obscure (and traditionally requires brooms).

Platt may have just been a kid when he stepped in to run his father's business, but his commitment, his managerial skills, and his willingness to adapt Sky Zone to different cultures and business models has made him a very successful CEO. Sky Zone has been listed as one of the fastest growing companies in Los Angeles, one of the top growing franchises, and is recognized by Forbes as one of the most promising American companies.

But Sky Zone isn't only a successful franchise, it is also the first in what has become a $1 billion trampoline-park industry. It will be interesting to see how Platt continues to oversee Sky Zone's growth.