How much does a sheriff make? A sheriff earns a good salary for their services. Sheriffs and deputy sheriffs enforce the law on the county level. Sheriffs' departments generally are minimally staffed, with most having fewer than 50 sworn officers. Deputy sheriffs have similar law enforcement duties to those of police department officers in urban settings. Sheriffs' deputies who provide security in court systems in cities and counties are sometimes called bailiffs. 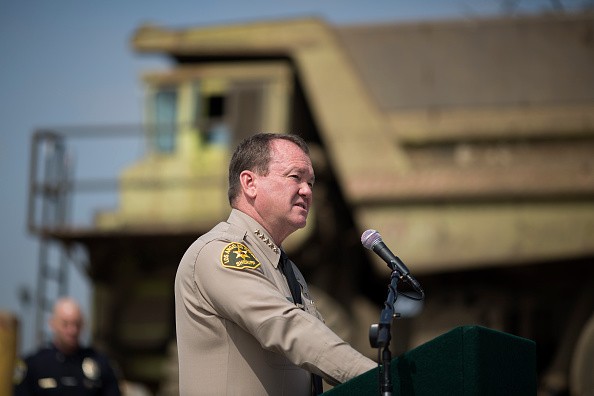 A sheriff is typically the highest law enforcement officer of a county. Populations of the county in most cases elect their sheriff. The relationship between the police departments and the sheriff varies widely from state to state. The sheriff is part of the county court and a county official. Urban areas may restrict sheriffs to court duties of courtroom security, prisoner transport, serving warrants, administering the county jail, and service of process or police administration. Sheriffs often patrol outside of city jurisdiction and town limits. Rural areas often have sheriffs and their deputies as their principal form of law enforcement.

Notify patrol units to take violators into custody or to provide needed assistance or medical aid.

Verify that the proper legal charges have been made against law offenders.

Locate and confiscate real or personal property, as directed by court order.

Record daily activities, and submit logs and other related reports and paperwork to appropriate authorities.

How much does a sheriff make per hour?

A May 2009 Bureau of Labor Statistics report shows the median hourly wages for sheriffs was $26.53.

How much does a sheriff make per year?

The median yearly salary for sheriffs according to a May 2009 Bureau of Labor Statistics report was $55,180. Sheriff's patrol officers had a median annual wages of $51,410 in May 2008.