These Seven Colleges Are Flushing Millions Down The Toilet On FORMER Coaches. WHY???

There are some college football programs that are consistently good, year in and year out. Sure, they may experience the occasional down season, but when the bowl games roll around, they're usually playing in a prominent one. Auburn, Florida, Michigan, Nebraska, Notre Dame, Tennessee and Texas are all good examples of these kinds of programs. Combined, they've won 26 championships while producing 21 Heisman Trophy-winning players.

They also owe a combined $51.35 million to coaches who are no longer coaching in their program. That amount of money is what these schools are paying their coaches as part of buyouts for the remainder of their contracts. And that number isn't even factoring USC coach Lane Kiffin. Because USC is a private school, their contract information doesn't have to be made public. But Kiffin earned about $3.4 million in compensation before leaving Southern California, so if he was added to this list, we'd probably see close to $55 million in dead money.

So who has the most heinous buyout deals? We've already covered how Charlie Weis will earn nearly $25 million from Notre Dame and Kansas despite having not coached there since 2009 and 2013, respectively. In fact, he's earning roughly $2.1 million for each victory he achieved with the Jayhawks. But he's hardly the only one making bank off his former school(s).

Bo Pelini is still due to make about $7.9 million from Nebraska, with 46 monthly installments of $132,176 remaining. Let's do a quick comparison: Youngstown State, an FCS program where Pelini is currently coaching, is paying him $213,894 to be its coach this year. Nebraska is giving him more than seven times that ($1.59 million) to stay far, far away from the Cornhusker sideline. 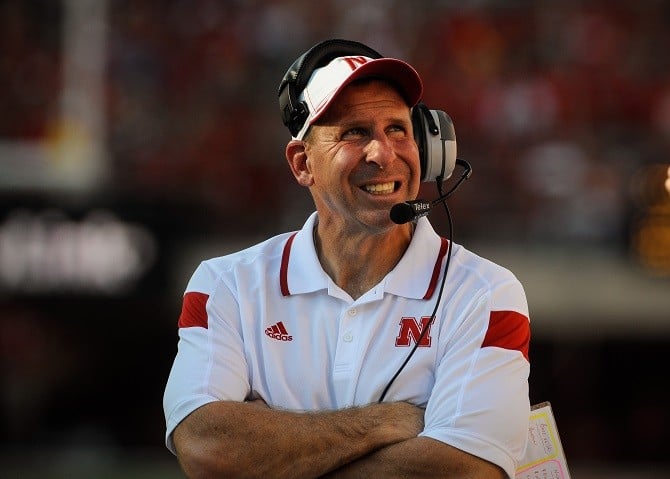 Auburn is tossing $7.5 million to its former coach Gene Chizik, which marks a nasty little trend the Tigers have developed. Between Chizik and Tommy Tuberville, the school has now paid more than $12.5 million to its last two coaches to have them not coach.

Will Muschamp could never bring a championship to Florida, but he certainly brought a lot of money with him to Auburn, where he now serves as defensive coordinator. He's making $1.6 million from Auburn and $2.1 million from Florida (part of a $6.3 million buyout package). Don't you wish your last job was still paying you more than 130% of your current salary?

Derek Dooley is getting $5 million as a buyout from Tennessee. In three seasons at the helm in Knoxville, he won four SEC games. Yep, each conference win was worth $1.25 million. Seems like Tennessee got the worst end of that deal.

Michigan paid $1 million to buy out Brady Hoke from his contract when he was at San Diego State. Now they're paying him $3 million to not coach the Wolverines anymore. He still has 19 monthly payments of $125,000 coming. It's gotta be reassuring to sit at home and watch The Price Is Right knowing that you're getting more money than every contestant combined.

Mack Brown resigned from Texas in 2013 (i.e. he was forced out) but not before getting a $2.75 million buyout. On top of that, he earned another half a million dollars to work for one year as a special assistant to UT president Bill Powers. No word yet if that job description included counting stacks of money.