Seven NFL Quarterbacks Who Have Gotten Rich As A Career Backup

Hypothetical question: You're a talented free agent quarterback in the NFL and two teams want your services badly. One of the teams will make you the starting QB of a sub-par franchise. The other team will make you the backup quarterback to one of the greatest players in the league who has a very good chance of getting to the Super Bowl. Both options come with the exact same salary over the same amount of time. Which team would you choose? Option #1 is all on your shoulders. If you succeed or fail, it will be your own fault and everyone will know it. With option #2, you still get to take a few snaps here and there, you make lots of money, you never get hurt, you probably have a super hot wife. You also get a ring if QB1 ends up winning a Super Bowl.

I sort of think there's no greater life than that of the backup NFL quarterback. Especially when main signal caller is among the highest paid players in the NFL. In that case, even a backup can make a very cushy salary and he might not even have to play a single game in any given season. Let's take a look at some of the most overpaid backup quarterbacks in the league… 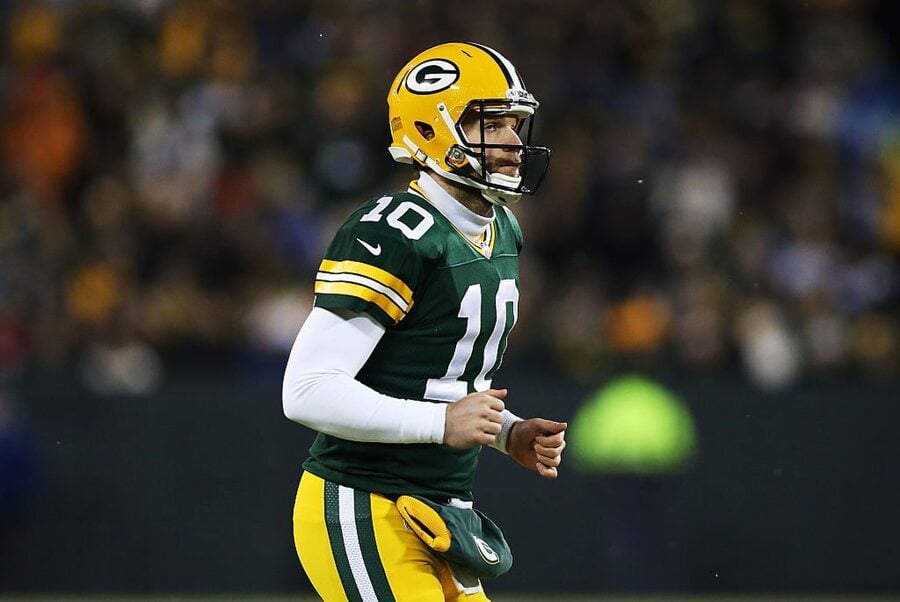 Compared to the rest of his career, Matt Flynn is getting a lot of work as a backup this season, thanks to the Packers blowing out all of their recent opponents. He's also made three separate stops during his career, including Seattle and Oakland, where he signed on to be the starter and began the season as…well, not the starter. He also couldn't even make it as the third-stringer in Buffalo. Still, Flynn has earned $17.5 million over six years and 218 completions, making each time someone has caught one of his passes worth $80,275. Not a bad chunk of change.

Chase Daniel spent the first three years of his career backing up Drew Brees. Outside of a shoulder injury in 2005, Brees has been the picture of perfect health. Daniel got some good practice kneeling down at the end of games, and in 2013 he signed with the Chiefs to back up Alex Smith. That's resulted in exactly one start, making each game Daniel has started worth $8.34 million. And with 303 career passing yards, each yard has earned Daniel $27,508.

Whitehurst just signed a contract with the Titans this year, after bouncing around the Seahawks and Chargers since 2010. He entered the league in 2006, but only appeared in two games for San Diego, not throwing a pass in either. All that lounging around has netted him $14,373,000. Even with four starts this year, Whitehurst has still earned more than $845,000 per game. That's every game he's appeared in, not just starts. All that cash can help Whitehurst buy some guitars to rock out on when he's not playing quarterback.

The former Notre Dame product had 10 starts his rookie season in Carolina, and since then he has made a whopping zero starts. Now he's currently backing up Jay Cutler in Chicago, so Bears fans believe he should have been starting three games ago. As it is, every touchdown Clausen has thrown in his career cost the Panthers $1.26 million.

Josh Johnson has made $5.33 million dollars without ever winning an NFL game. He started four contests his rookie season in Tampa Bay, and over the last four years, he's been on four different teams. He's currently behind Colin Kaepernick in San Francisco, but don't expect an usurping like Kaepernick pulled on Alex Smith a few years ago. Johnson's career completion percentage is just 54.2%, with a 5:10 TD:INT ratio. And currently, he's made $1.07 million per start. The hottest bet in the NFL right now is whether Johnson or the Oakland Raiders will win a game first. It's probably a lot closer than you'd think.

Even when he was a member of teams with very poor quarterback play at the time–the Browns, Buccaneers, and Jaguars–McCown was never able to establish himself as a starter. Don't feel bad for him, though, he's still earned $79,206 every time he's completed a pass. Luke's total career earnings are $8 million.

Here's proof that backups can certainly have their day after all. Before Carson Palmer got hurt, Stanton hadn't started a game since 2010. That included time in Detroit, New York and Indy. Now that he's in Arizona, Stanton has gone 3-1 in his starts thus far, and will be the Cardinals' QB for the rest of the season. Prior to this year, though, he had only made four career starts, earning a whopping $2.2 million every time he lined up with the first-stringers.