Steve Easterbrook is a British business executive who is best known for serving as President and CEO of McDonald's from 2015 to November 2019. As the CEO of any company, let alone one of the largest and most famous companies in the world, Steve probably should have known not to dip his french fry in the company ketchup. It also would have been wise not to do such a thing as a married man, but that's another story.

Unfortunately Steve did indeed dip his french fry into company ketchup. And not just once. Three times… as in with three female subordinates.

According to a lawsuit filed by McDonald's in August 2020, Steve had inappropriate sexual relationships with three employees in the year before he was fired. The company found out thanks to an anonymous tip. If that wasn't bad enough, he allegedly awarded one of these women with hundreds of thousands of dollars worth of stock options.

And if all that wasn't bad enough, Steve also allegedly used his company email account to send and receive sexually explicit videos and photos of a number of women including the three employees. 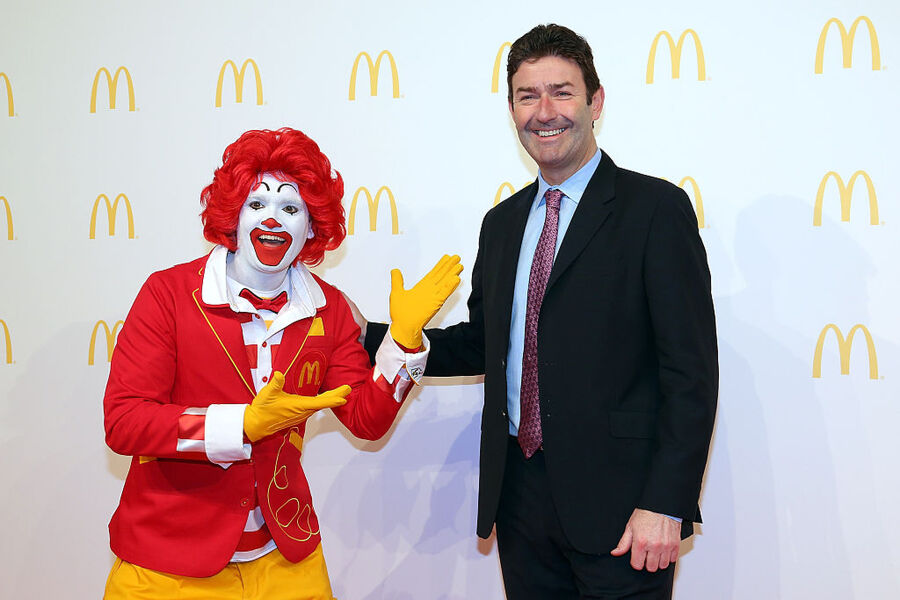 When McDonald's fired Steve in November 2019, the board of directors was mostly in the dark about the scope of his affairs. Therefore the board agreed to fire him "without cause." That's crucial.

Because he was fired "without cause", Easterbrook was allowed to keep 100% of his equity compensation earned in 2018 and 2019 (when the affairs were taking place).

After receiving that anonymous tip, the company launched an investigation. That investigation resulted in the aforementioned lawsuit. That lawsuit was settled this week.

This week Steve agreed to settle with the company by giving back all of that equity compensation from 2018 and 2019. And because McDonald's stock price has increased around 40% since the day he was fired, he's not just giving back the amount he was given two years ago. This week Steve agreed to repay McDonald's the current value of the options he was awarded. Today that value amounts to…

In a statement he released with the settlement's announcement, Easterbrook explained:

"McDonald's and its Board of Directors value doing the right thing and putting customers and people first. During my tenure as CEO, I failed at times to uphold McDonald's values and fulfill certain of my responsibilities as a leader of the company."

"I apologize to my former co-workers, the Board, and the company's franchisees and suppliers for doing so."