How much does a secretary make? A secretary earns an average salary for their office work. Secretaries may be involved in general secretarial work for a variety of businesses, such as insurance, finance, organizations, non-profits and a myriad of other industries. Legal secretaries and medical secretaries have their own specialized requirements to work in these fields. Medical secretaries help doctors keep information accurate about patients and their care. Legal secretaries work with lawyers or legal firms providing support services for the company. Executive secretaries and administrative assistants generally provide higher level secretarial services for the companies they work for. There are a number of related industries to secretarial including receptionist, court reporters, computer operators, bookkeeping clerks, medical records and more. 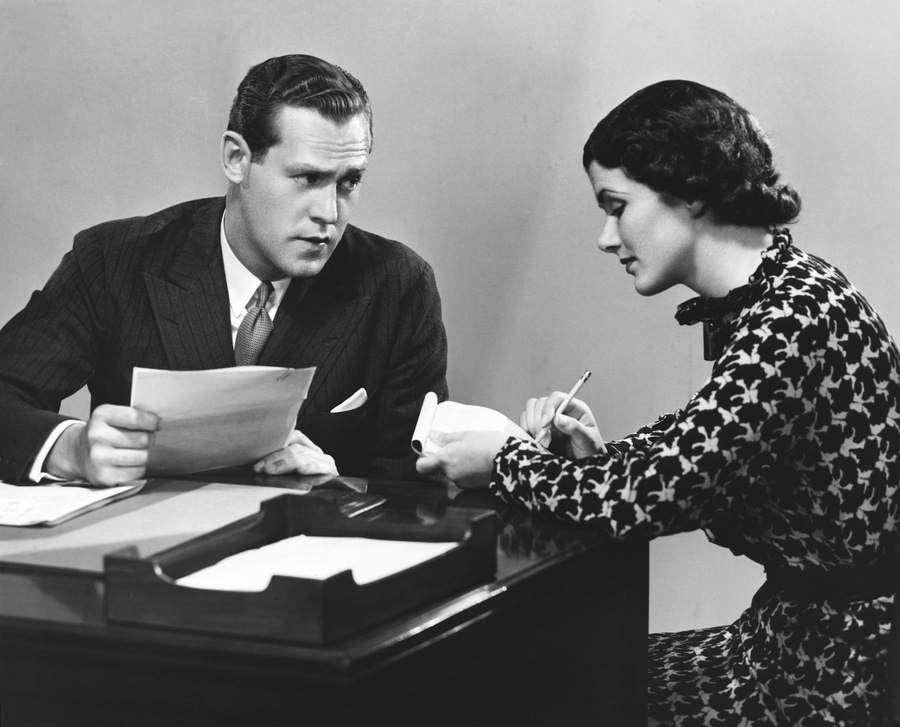 Secretaries put files in order, make appointments, organize paperwork, write letters, and answer the phone. Secretaries may also make travel plans and schedule other events such as conferences or reserve places for meetings. Secretaries may use computers, create documents, enter data into databases, and use fax machines, and copiers. Secretaries ensure that information leaving the office is accurate and represents the company. Staff members in the office rely on secretaries to keep things organized. Executive secretaries or administrative assistants often have more duties than a general secretary. These higher level secretaries may supervise staff, train staff and create reports for the company.

Secretarial jobs ranks among the largest number of job openings in the job market. The best secretary positions are occupied by secretaries with extensive knowledge of computer software applications. Secretaries and administrative assistants in today's workforce are increasingly given higher responsibilities once reserved for professional and managerial staff.

Employment for secretaries is expected to grow about as fast as average. Secretaries and administrative assistants have more opportunities due to growth and a large number of job openings and the need to replace workers who leave this occupation or transfer to other occupations. The best job opportunities are available for secretaries with extensive knowledge of computer software applications. Secretarial and administrative assistant positions are expected to increase by 11 percent, as fast as the average for all occupations, between 2008 and 2018.

How much does a secretary make per hour?

A 2008 O*NET report shows the median hourly wages for secretaries:

How much does a secretary make per year?

A 2008 O*NET report shows the median annual wages for secretaries: