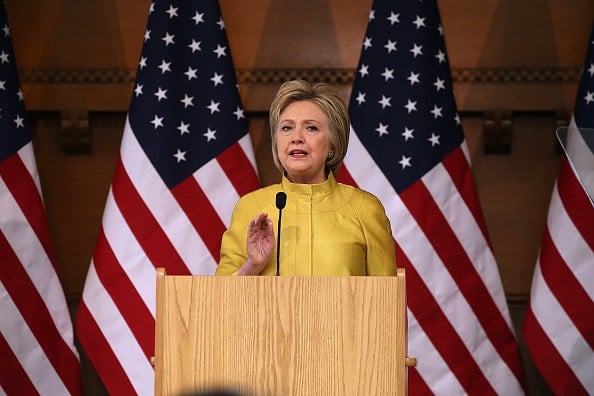 Secretary Of State Clinton's annual salary is $186,600. That makes her the fourth highest paid government official in the United States behind the President ($400,000), the Vice President ($225,551) and Secretary of Treasury ($191,300). Clinton's salary is actually $5000 less than what her predecessor Condoleeza Rice earned due to an obscure Constitutional rule. The salary had to be lowered because Mrs. Clinton was serving in Congress when the Secretary Of State's salary was raised during the previous administration. The US constitution states that no Congress member can be appointed to a position which had it's salary increased during the candidates current term. The House of Representatives and Senate were forced to lower the salary to the original $186,600 pay scale. Even at this lower rate, Mrs Clinton's Secretary Of State salary is more money than her Senate salary.