Another (pardon the pun) milestone has been reached in the diamond market. It's the sale of the the Lesedi La Rona diamond, mined in 2015 in Botswana, and big enough to rank as the second-largest diamond of gem quality in history. It sold for $53 million  "with a handshake after more than a year of negotiations," according to a statement by London jeweler Laurence Graff, who bought it from the Lucara Diamond Corporation.

Here's Graff again, on what he and his company plan to do with this rock:

"Our highly skilled team of master craftsmen will draw on many years of experience of crafting the most important diamonds, working night and day to ensure that we do justice to this remarkable gift from Mother Nature. The stone will tell us its story, it will dictate how it wants to be cut, and we will take the utmost care to respect its exceptional properties." 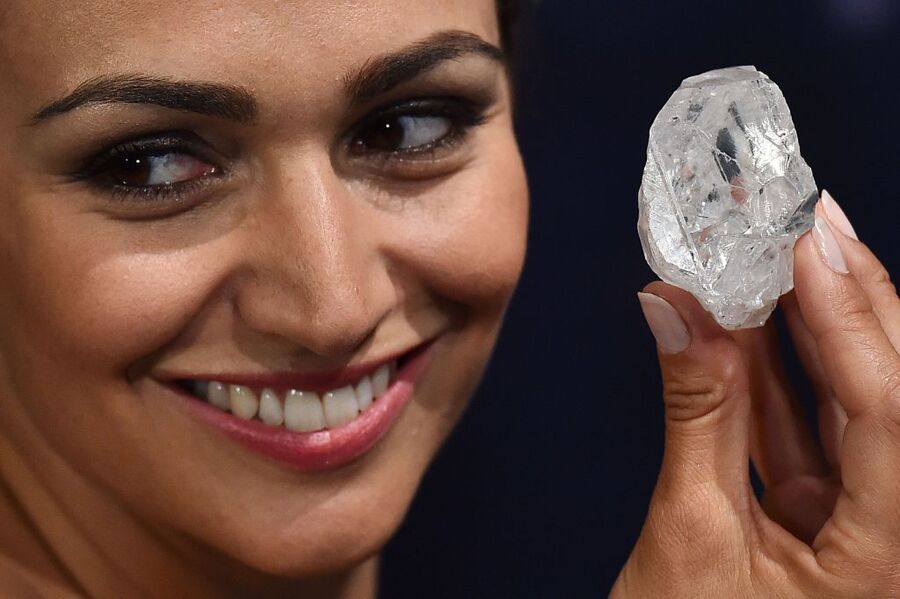 When I say "rock," I'm not being dysphemistic – to look at the Lesedi La Rona, you might think it was a garden variety hunk of ice, and not the kind that's slang for diamonds. That might be why this particular diamond, despite weighing a generous 1,109 carats, was reported by Fortune to have failed to meet the $70 million reserve price at Sotheby's last year. Lucara chief executive officer William Lamb discussed this aspect of the gem with LiveMint.com, explaining that even though the diamond is of nearly unprecedented size, it still represents a significant financial risk for its new owner:

"If you take the potential outcomes from the stone into consideration, the risk that the buyer is actually taking, you can now see why it wasn't the easiest one to sell."

Graff says the sale represents a "poignant reunion" for the rock, which despite its massive size, actually lost a 374-carat chunk during the mining process, and Graff purchased that smaller diamond earlier this year.