Oil-dependent companies and countries received some good news this week: U.S. oil prices rose to a new 2016 high, on expectations that spending cuts in the United States and unexpected outages in other countries would help reduce the global glut of crude. But the oil rich kingdom of Saudi Arabia isn't banking on a substantial turnaround in the commodity's price.

Citing "people familiar with the situation," the Financial Times said Saudi Arabia has begun talks with international banks to start arranging a sovereign debt issue. Although the size of the bond was not specified, credit analysts at two European banks suggested the country might borrow at rates about 2% higher than equivalent U.S. Treasury bonds. Bankers said Saudi Arabia is thinking about introducing the offering later this year. 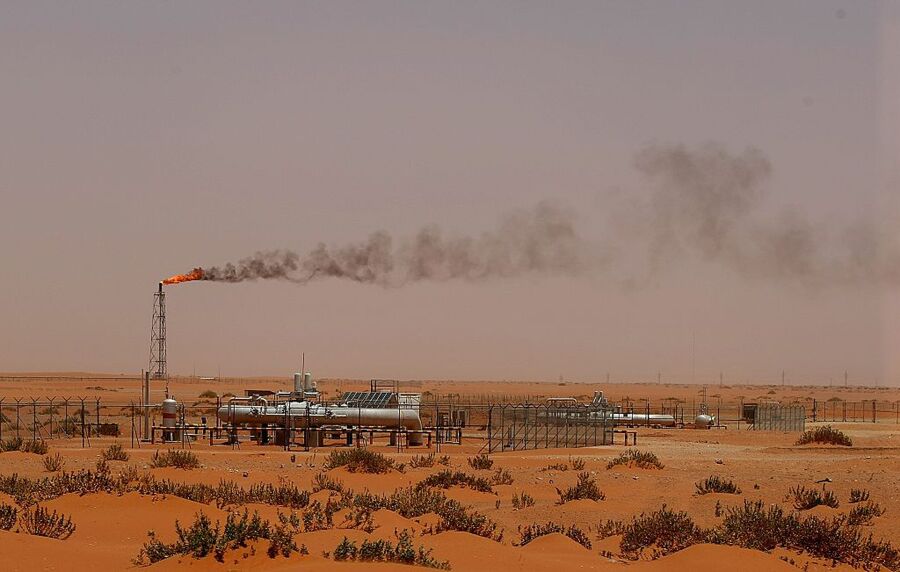 If the Financial Times is correct, this would be the kingdom's first international bond offering and the second time the country has borrowed money this year. In April, Saudi Arabia borrowed $10 billion. The five-year loan will significantly increase the country's debt level from 7% of GDP in 2015, to 50% of GDP by 2020.

The collapse in oil prices since 2014 has clearly put the OPEC leader in financial trouble. In February, the country's foreign exchange holdings dropped by more than $9 billion and its reserves had fallen by approximately $20 billion in January. In response, Standard & Poor's downgraded Saudi Arabia's credit rating twice. The kingdom's current rating is just four levels above non-investment grade territory.

A 2015 report from the International Monetary Fund projected Saudi Arabia could be out of money in five years if oil stays at or below $50 a barrel. The OPEC basket is currently hovering at $44.

But a potential sovereign debt issue, the $10 billion loan, and Saudi Arabia's planned restructuring of its economy, to make it less dependent on oil, may prove the IMF wrong. Of course, the OPEC basket could surge again, too, which could help the kingdom dig its way out of its financial hole. It seems unlikely, however, that oil will regain its "black gold" stature any time soon.