By Joseph Gibson on September 1, 2016 in Articles › How Much Does

Last week, the Border Patrol in San Diego, California made an unusually large cash seizure from smugglers working to transport cash from drug sales back into Mexico. The cash came to more than $3 million, found in the trunk of a Volkswagen Passat.

According to the Border Patrol, previous cash seizures in the recent past have been of much smaller quantities – from less than $50,000 to $300,000, and that in most cases, the big ticket seizures you might see reported on the news are the estimated street value of confiscated narcotics. But in this case, it was all cold, hard cash, on its way from San Diego and into Mexico, where it would have made its way into the coffers of Mexican cartel leaders had it not been stopped by Border Patrol agents on the way. 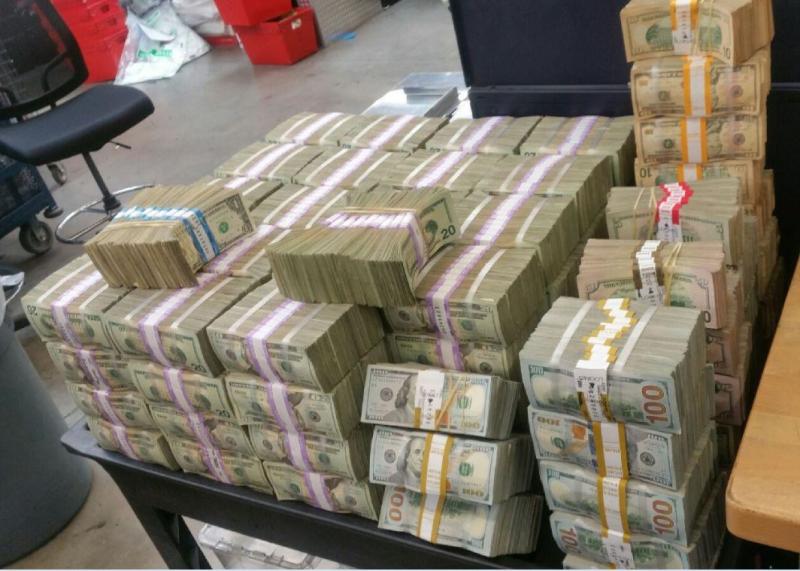 The seizure came following the arrest of two men in Escondido, about 40 miles from the Mexican border. After pulling over the driver of a Kia Forte for unspecified reasons, a cache of $34,000 in cash was found in the console. Then, the driver of a separate vehicle (the aforementioned Passat) was also arrested for attempted cash smuggling, but the officers making the arrest had little idea how much actual currency was being smuggled: $3,018,000, stashed in boxes in the trunk.

Despite the attention-getting nature of a $3 million drug money haul, the sum is only a fraction of seizures made in other parts of the country, but the San Diego office spokesman for US Customs and Border Protection still summed it up in pretty impressive terms: "This is one of our larger cash seizures." In the last few years, authorities have confiscated $23 million in Atlanta and $24 million in Florida, so the San Diego Border Patrol are still quite a ways from a record-setting bust. Still, $3 million is a lot of money – just ask the cartels who were counting on it arriving home by now.