Vice chairman and heir to the Samsung Electronics brand, Lee Jae-Yong, was indicted and arrested late February. He was charged along with four other senior executives for embezzlement and bribery. He is accused of paying $36 million in bribes to entities run by Choi Soon-sil, a friend of the recently impeached South Korean President Park Geun-hye. The payment was meant to ensure the government's backing of a merger of two Samsung affiliates in 2015. 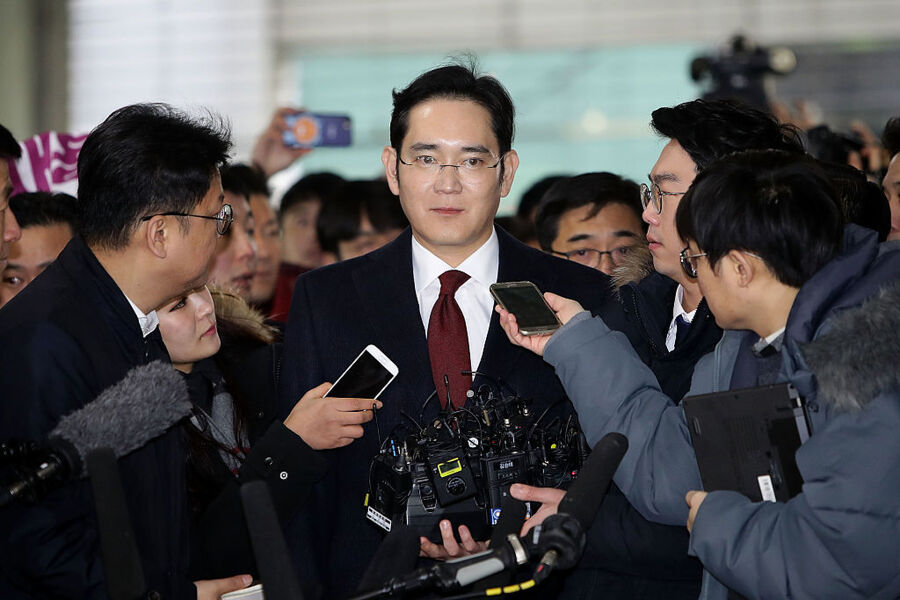 Lee became the acting head of South Korean-based Samsung in 2014 after his father Lee Kun-hee suffered a heart attack. Some South Koreans call the country the "Republic of Samsung," because the company has a vast influence in everything from exports to health care. Almost 60 companies affiliated with Samsung account for a third of South Korea's stock market. The company was founded by Lee's grandfather in 1938.

The other senior executives face similar charges except for the perjury count. Choi Soon-sil is being accused of forcing local firms to hand over nearly $70 million in total. Samsung was the single biggest donor. It has also been accused of separately giving millions of euros to Choi to fund her daughter's equestrian training in Germany. Lee marks the first arrest for a Samsung chief and dealt a major blow to their corporate image.