What Happens To Coins Thrown Into Rome's Trevi Fountain?

Toss a coin into a fountain, make a wish, then what? In the Academy Award-winning film Three Coins in the Fountain it is depicted that if one is to throw a single coin into Rome's famed Fontana di Trevi that individual will one day make a return visit to the Italian capital. If two more coins are thrown in, love will soon follow – and eventually, a breathtaking Roman wedding ensues.

Every year, millions of visitors head to the 18th-century landmark, which recently received a $2.2 million makeover funded by Italian fashion house Fendi, to participate in the romantic ritual. 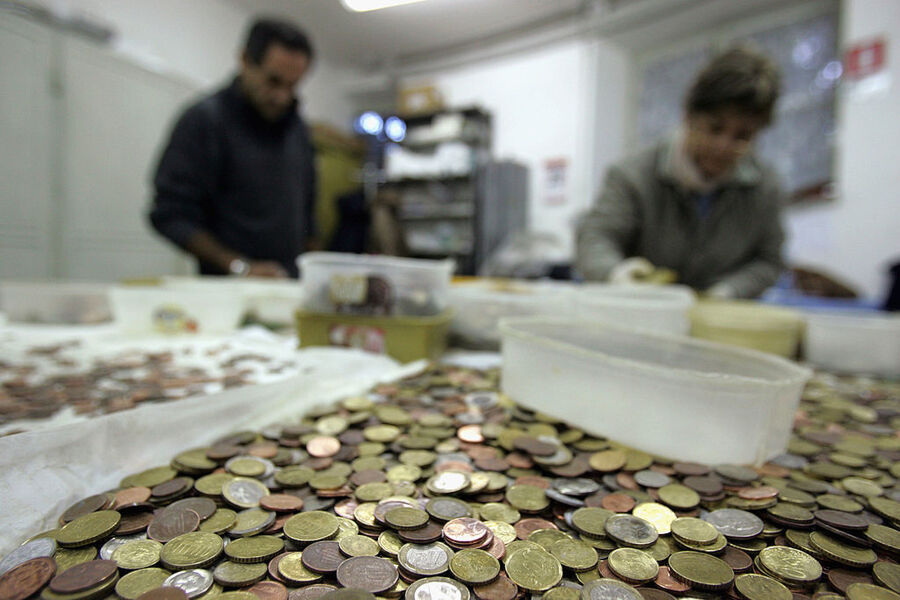 For an idea of just how many tourists partake: At the end of each day, Rome's city workers must sweep the filled fountain floor, retrieving thousands of dollars per day.

In 2016, a total of $1.5 million worth of coins were collected, cleaned, counted and sent to Caritas, a Catholic nonprofit organization that supports health, disaster relief, poverty, and migration causes around the globe. To date, the money has been put toward building a grocery store for the poor and supporting a shelter for AIDS patients.