Rich Indie'd: How Much Money Taylor Swift Makes From Music

It's no secret, the music industry has changed drastically. Once reserved exclusively for big name artists backed by bigger named labels, performers like Taylor Swift have proven that it's entirely possible to become a household name, even without the backing of a major record company. With a slew of endorsements, acting gigs, and appearances under her belt, how much has Ms. Swift really made from her music? The results may surprise you…

What's a good song without a good stage show? A highly energetic performer, her live shows are known to bring out fans by the droves. Swift has made a killing from touring and performing, one of the best ways for any artist to amass massive amounts of cash. Although she is said to take home a third of the profits, the artist has made $335 million since 2009, just from touring.

Despite the fact that the artist has pulled her catalog from Spotify and is against some of the politics of streaming services, reports show she's made at least $2 million per year, per site, since allowing her music to appear on the various associated streaming service company sites.Considering that services the artist does endorse (such as Jay-Z's Tidal) are said to give a larger chunk of proceeds to artists, one can only wonder how much these numbers will increase over time. 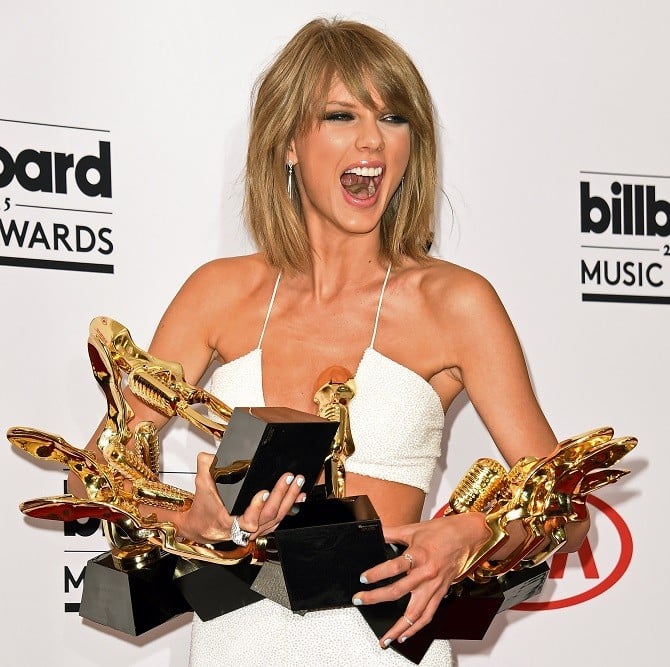 Making her debut in 2006, Swift has come a long way since the notorious Yeezy interruption of 2009. With increased visibility and official crossover status, the artist worked her way into the hearts of millions over the way she so graciously handled the unexpected heckling she received. The top selling Billboard artist of 2012, Swift sang and performed her way into a payday in excess of $35 million in 2012 alone!

An impressive year for the already accomplished young starlet, 2014 was a great year for "1989." One of the industry's top selling artists, Swift had another landmark year as she set and broke records by selling over 1 million copies within the first week the album was released! One of her best musical years yet, she made a reported $39.7 million from album sales in 2014 alone.

An impressive quadruple threat, Taylor Swift makes her cash from singing, songwriting, acting, and touring. Although financial analysts have made a dismal prediction that her album "1989" may be the last album ever to go platinum, the artist is in the position to once again create and release some of the highest-grossing albums of our time. By doing so without the help of a major label, artists such as Swift prove that true stars are alive and well…but perhaps the mainstream industry won't be so lucky.