Revealed: Identity Of The "Secret Buyer" Who Paid $450M For The World's Most Expensive Painting

Often in the case of a high-profile art buy, the identity of the buyer is reported to be anonymous, and the matter is more or less closed to all but the most interested parties. In the case of the recent $450 million sale of Leonardo da Vinci's Salvator Mundi, which made the work in question the most expensive painting on Earth, the story has seen some intriguing later developments.

The New York Times recently acquired documents that revealed the buyer of that particular painting: Prince Bader bin Abdullah bin Mohammed bin Farhan al-Saud, a Saudi prince with distant family ties to Saudi royalty. Prince Bader, before these revelations anyway, was not known to be a major collector of art or even to be as fabulously wealthy as he must be in order to afford to pay $450.3 million for a painting. Christie's, which handled the auction, reportedly tried to identify Prince Bader and confirm his financial standing following his $100 million entry deposit to join the bidding, but the auction house has not commented publicly on his purchase of the painting. 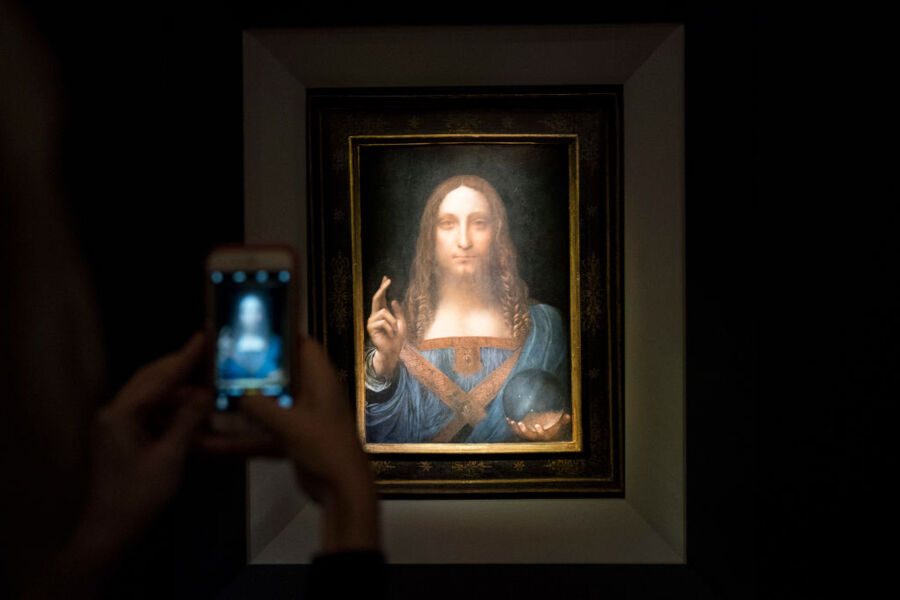 Prince Bader's identity as the secret Salvator Mundi buyer has interesting ramifications in Saudi Arabia, where Bader's friend, Mohammed bin Salman, Crown Prince of Saudi Arabia, recently cracked down on more than 200 people in Saudi Arabia said to be involved in corruption, including royal family members. The sale happened two weeks after this corruption purge occurred, leading some to speculate that it was a selective process that left friends of the Crown Prince free to rake in cash and buy massively expensive paintings.

If you were hoping to use your newfound knowledge about who owns Salvator Mundi in order to sneak a peak at the painting yourself, that won't be necessary. Despite whatever palace intrigue might now be associated with the painting, it's on its way to be displayed at United Arab Emirates museum the Louvre in Abu Dhabi, according to a recent tweet from the museum's Twitter account.