Back during the late 1970s and the initial Star Wars merchandising boom (which, it might be argued, continues uninterrupted into today), Star Wars toys were as plentiful as if they grew out of the ground, and about as valuable. But fast forward to today, when an out-of-control collectors' market and unparalleled nostalgia for the pop culture of the 70s, 80s, and 90s have driven prices on the collectibles market ever higher and higher, and you have incredible circumstances like a Boba Fett action figure in its original packaging selling for approximately $34,500 according to the Daily Mail.

Star Wars collectors know that a rocket-firing prototype Boba Fett action figure is perhaps THE crown jewel of the Star Wars toy world, and given that such figures have been seen on eBay listed for $150,000 this was actually kind of a bargain for the lucky buyer. As the story goes, the toy never made it into mass production due to its backpack missile-launcher, which was found to be a choking hazard before the toy could make it onto store shelves in the big numbers of other Star Wars action figures – thus, a highly sought-after collectors' item was born (presumably, collectors know better than to put small pieces of plastic in their mouths and swallow them accidentally). 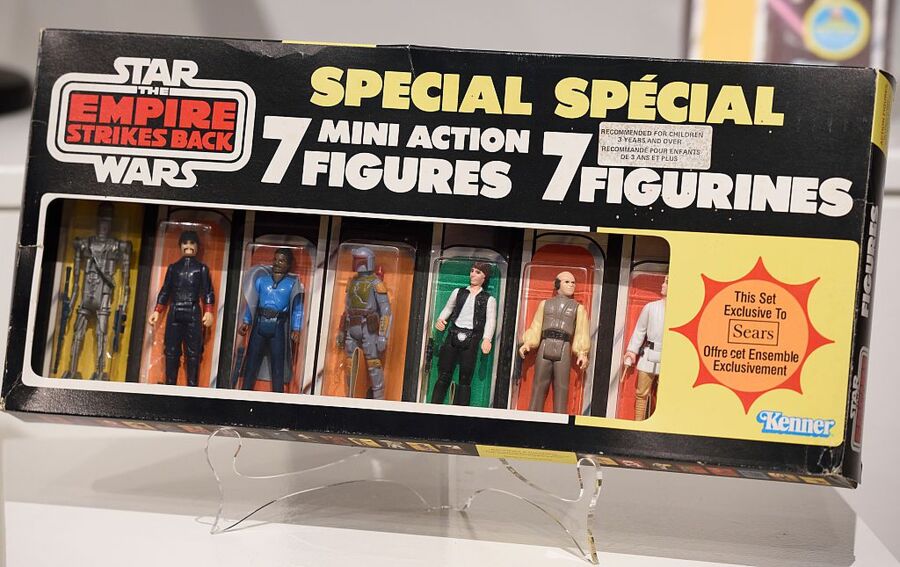 The $34,500 Boba Fett action figure was just one item among a collection of 700 pieces owned by a French Star Wars fan who decided to liquidate his assets. Altogether, the collection is set to be worth around $662,000, once the auction is all over and done with.

The collection reportedly took 40 years to get to its extensive state, and it includes Star Wars toys – officially licensed and bootlegged – from around the world. And if you were one of those suckers who took their Star Wars toys out of the box and played with them when you were a kid: I bet you feel like a real fool right about now.