A Rare Blue Diamond May Sell For $25 Million This Week

Everyone knows that diamonds are a girl's best friend. When a woman gets engaged, one of the first questions that all of her friends want the answer to is, "So can we see the ring?" But don't be fooled, women aren't the only ones who like diamonds, especially when it comes to a diamond that is set to go on auction this week.

A rare blue diamond, that will be put up for auction on November 16, may fetch $25 million according to people in the know. The diamond is an 8.01 carat, square cut 'Sky Blue Diamond,' and is set to go on auction at the Sotheby's Magnificent Jewels and Noble Jewels on the 16th in Geneva, Switzerland. The diamond, which is the centerpiece of a Cartier ring, is one of the largest blue diamonds of its kind to ever be auctioned. 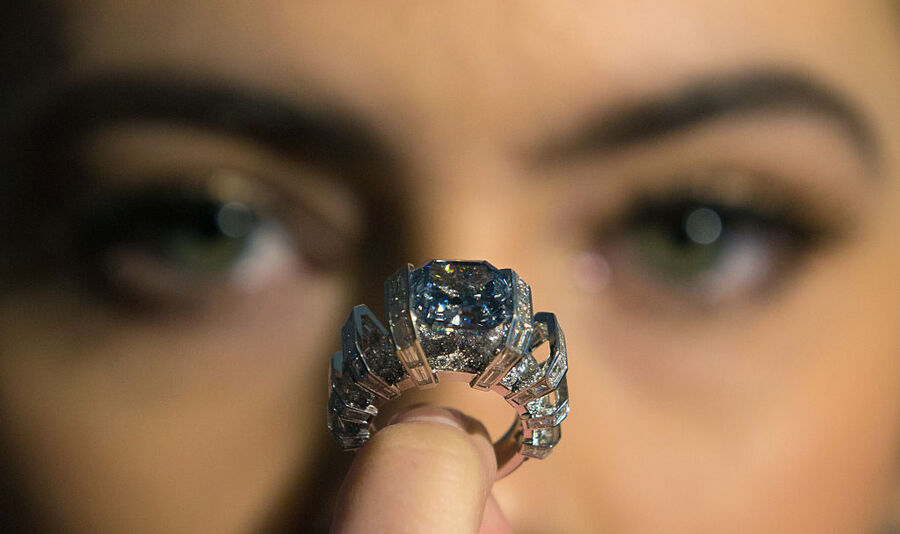 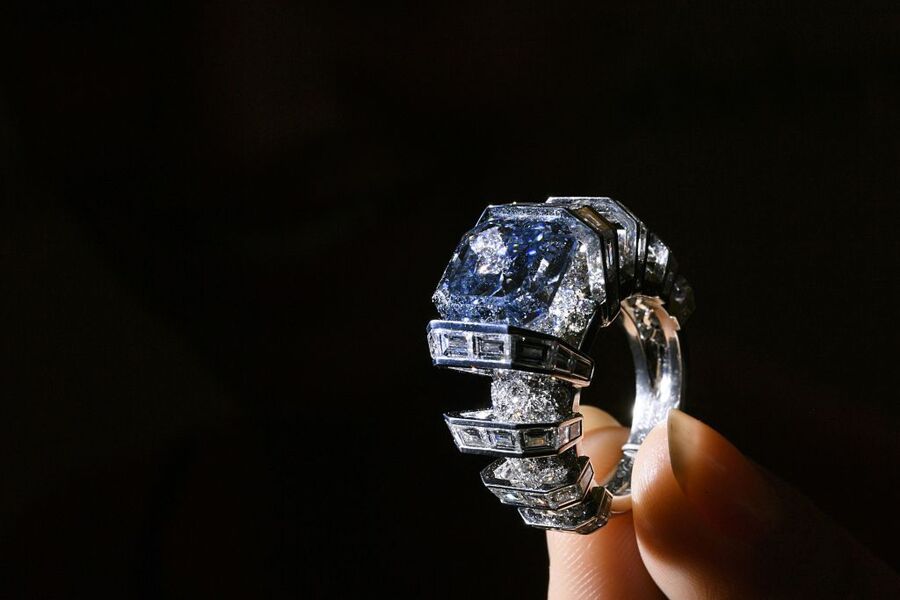 Sotheby's is no stranger to having rare blue diamonds up for auction. Late last year, the 12.03 carat "Blue Moon of Josephine" sold for a record $48.4 million at in Geneva, which made it the most expensive jewel ever sold . The diamond's sale price set a world record for the most dollars paid per carat for any diamond or gem.