From Pumping Gas To A $6 Billion Fashion Fortune: The Rags To Riches Story Of Forever 21's Jin Sook And Do Won Chang

Jin Sook and Do Won "Don" Chang emigrated from South Korea to Los Angeles in 1981 in search of the American Dream. At the time, they could only fantasize that one day they would have a net worth of $5.9 billion. Back in 1981, the couple was broke. They didn't speak very much English. They didn't have college degrees. They were both just 26 years old. What they did have was grit and determination to make it in the coffee industry. Yes, you read that right, Forever 21's founders initially set out to revolutionize the way Los Angelinos drink their coffee. Back in South Korea, Don had started a coffee and juice delivery service. He intended to do the same thing in L.A.

As he gathered the funds together for his new business, Don worked at a gas station. During his time pumping gas, he made a critical observation. The customers with the nicest cars all worked in the garment industry. And what's more—many of them were Korean immigrants like Don and Jin Sook.

The couple opened a 900 square foot clothing store in 1984 in the Highland Park neighborhood of L.A. They called it Fashion 21. That first year, the couple had $700,000 in sales. As it turned out, Jin Sook, who had been a hairdresser in South Korea, had a knack for spotting trends that were easy to copy. This gave the Changs an edge in the uber competitive Korean-American garment industry. To succeed in this landscape, one needed speed, flexibility, and vision. Don and Jin Sook had that. 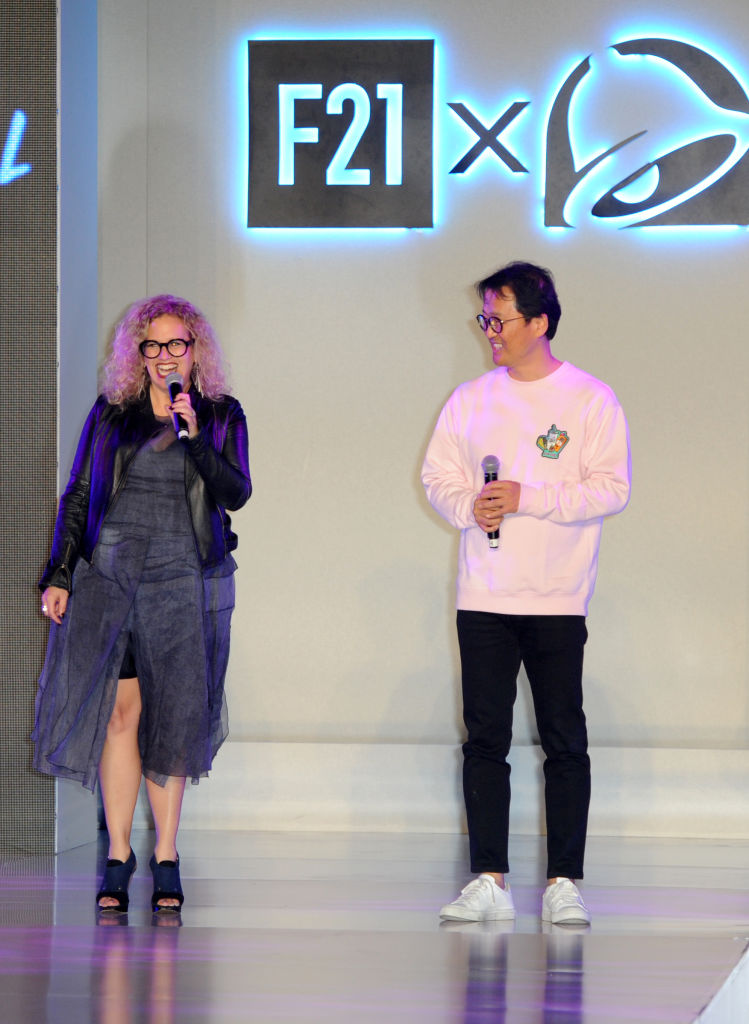 Fashion 21 focused on teenagers. The store was filled with inexpensive (to make and to sell) clothing made by Korean-American manufacturers in Los Angeles. Every item in the store was chosen by Jin Sook. Merchandise was (and still is) turned over quickly. What was new, hot, and trendy was put at the front of the store. Industry analytics estimate than Forever 21 turns over 20% of its stock every week. That is twice the rate of other clothing stores.

After the success of their first store, the Changs changed the name to Forever 21 and began opening new stores every six months. Today, the fast fashion retailer brings in more than $4 billion in sales from over 600 stores worldwide.

That first Fashion 21 store, eventually renamed, is still operating on North Figueroa Street in what is now the rapidly gentrifying neighborhood of Highland Park. The company has stores spread throughout the U.S. and overseas.

Don and Jin Sook Chang have built Forever 21 into a multi-billion dollar business with no advertising or marketing. The couple rarely grants interviews, and for many years, the Forever 21 company headquarters didn't even have a sign outside. The Changs' reluctance to make themselves or their company's headquarters accessible to the public and press may have something to do with the multitude of lawsuits they've faced.

Forever 21 is still a family business. Don is the CEO and Jin Sook is the Chief Merchandising Officer. Their two daughters, Linda and Esther, are also a part of the family business. Linda is a marketing manager and Esther is in charge of the brand's visual elements. The family lives in Beverly Hills.