How much does a producer make? A producer earns a good salary for this position.Producers often guide the entire process of the creative process in film, television, theater, radio, and other performing arts media. Producers may work with other producers in collaboration, sharing the duties of producing. Producers often have a say in casting, finances and other important parts of the creative process. Producers take the role of entrepreneurs, making financial and business decisions involving a stage production, television show, or motion picture. Producers approve the development of ideas for the production, arrange financing, select scripts, and determine the cost and size of the production. Producers approve or hire principal cast members, directors, and production staff members. 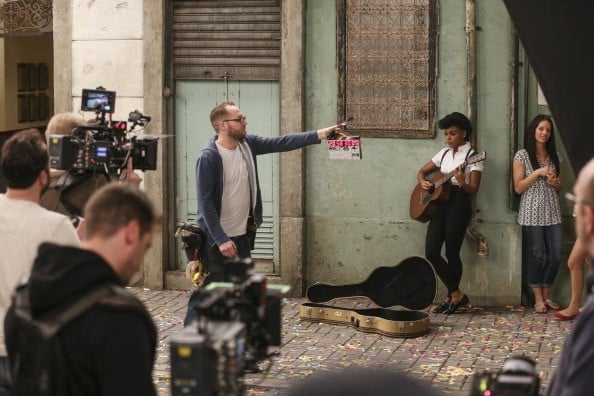 How much does a producer make?/PepsiCo via Getty Images

Large productions often have assistant, associate, or line producers sharing responsibilities. The number of producers and their duties vary with the budget and size of production, with all work under the overall direction of an executive producer. The producers coordinate the activities of directors, managers, writers, and agents, making each project stay on budget and on schedule. Producers have a high stress job, adhering to production schedules, budgets, and union work rules.

The primary locations producers work are in New York or Los Angeles, but they also work in other places. Producers can be involved in a number of creative enterprises, including theaters, television studios, production companies, or film, creating training and advertising films or small-scale independent movies.

Producers do not have a specific training program for their job. Producers who enter the field often start out as writers, actors, business managers, and film editors. Producers may begin their job experience as a managing director, business manager, working for a press agent, or in a theatrical management office. Some producers begin their career in a performing arts union or service organization, while others serve on the boards of artisitic companies, work behind the scenes with directors, or promote their own projects. A number of colleges and universities offer an arts management or nonprofit organization degree program.

Producers advance in their career by working on network or syndicated broadcasts, in more prestigious theaters, on bigger budget productions, or in larger markets. Employment for producers will grow as fast as the average for all occupations. Competition is high for this job, the same as for all artistic jobs. Producer positions when available can be difficult, with long hours and the low pay. The growth of employment for producers is expected to grow 11 percent during 2008 to 2018.

How much does a producer make per hour?

According to a May 2008 Bureau of Labor Statistics report, the median hourly wages for producers was $39.92.

Cable and Other Subscription Programming $40.59

How much does a producer make per year?

The median yearly salary for producers according to a May 2008 Bureau of Labor Statistics report was $83,030.

Cable and Other Subscription Programming $84,420