It seems everyone is talking about Nintendo's new mobile game, "Pokémon Go." New York City's Metropolitan Transportation Authority issued a warning to players to stay behind the subway's yellow line. The Wall Street Journal's Wednesday edition contained three articles about the game. Stephen Colbert joked that catching Pokémon on the app is better than the stuff you can catch on Tinder.

But who should take credit for the game that boosted Nintendo shares by more than 50% in the past week and pushed the game maker's market capitalization above $30 billion? 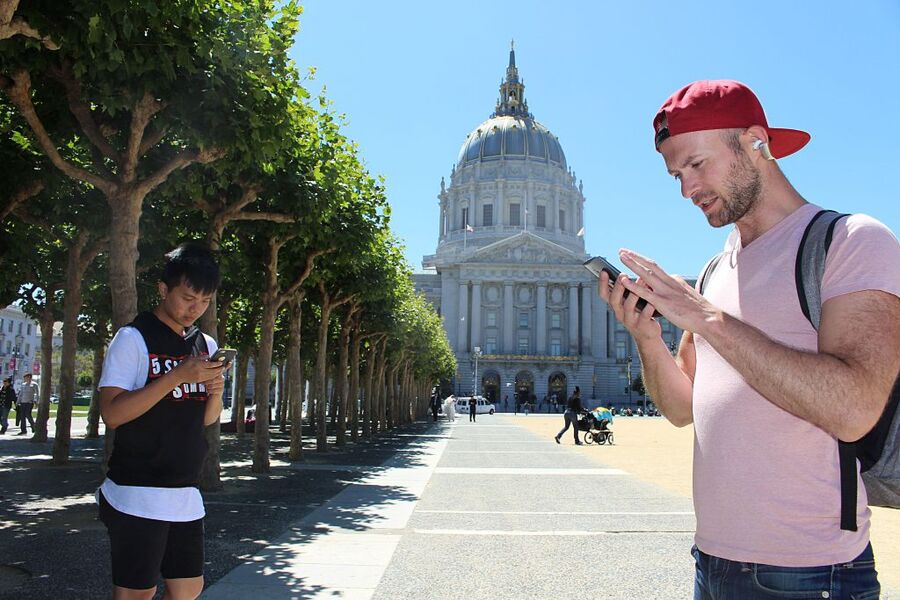 Seth Fischer, a Hong Kong-based activist hedge fund manager of $1 billion Oasis Management Co., credits his shareholder campaign. He began advocating for a shift from Nintendo's console-focused business model to mobile games at an investor conference in 2013. After the company slashed its sales forecast for the Wii U console, investor pressure led by Fischer only grew.

"Nintendo needs to embrace this thematic change in consumer demand, behaviour and expectation to stay relevant," Fischer said in a letter to the company obtained by Reuters in February 2014.

Of course, Nintendo says the move into mobile gaming was its own decision and credits the success of "Pokémon Go" with its own efforts. "Our decision to tap into the smartphone game [market] was not due to any particular advice from any particular investors," a company spokesman told The Wall Street Journal.

But it's unlikely that the world would have used smartphones to hunt for Pokémon without the help of Fischer. Before the game maker's announcement to enter the mobile world, Nintendo was reporting losses. It relied on the popularity of its franchises, such as Mario and Zelda, to drive sales of its hardware and promised to wow customers with health-related innovations.

Fischer's shareholder campaign to get Nintendo out of its rut and boost the company's returns was helped by Japan's Prime Minister Shinzo Abe. The politician and millionaire revamped the country's rules to reduce the cozy, and sometimes unprofitable, ties between company executives and shareholders.

In 2014, the country started a stewardship code designed to encourage once silent institutional investors to become more active. Shirou Terashita, president of IR Japan, told Bloomberg that the changes are yielding results.

"The start of the stewardship code was really important," he said. "Foreign investors are more serious about voting no. And that's not all. We're also seeing domestic institutions becoming stricter."

While U.S.-style activist campaigns, like the one that threatened to split up EMC, are still uncommon in Japan, they are gaining steam. Last April, New York hedge fund Third Point, LLC won a boardroom fight to replace the chief of the 7-Eleven empire owned by Japan's Seven & I Holdings Co.

Although Nintendo is still reluctant to give Fischer credit, the success of Pokémon Go may help Japanese companies see more value in Abe's push to increase communication between shareholders and executives. Why wouldn't more companies want to see billions added to their market capital overnight?

And as communication increases between Japanese companies and shareholders, more foreign investors could head to the country to hunt for something a little more lucrative than Pokémon. Fischer's Oasis Management, which had about 4% of its funds in Nintendo at the end of June, stands to make tens of millions – potentially hundreds of millions – of dollars from the game. That's definitely a better catch than anything Tinder offers.