A few days ago, you may have heard about the "Pink Legacy" diamond, one of the largest pink diamonds ever, and set to hit the auction block for a likely record-breaking price. Well, the hammer fell, and the Pink Legacy did indeed perform up to expectations, going for $50 million after just five minutes of bidding.

At $50 million, the Pink Legacy, weighing in at just under 19 carats, sold for roughly $2.6 million per carat, which is a new record for pink diamonds. That handily broke the previous record of most expensive per carat pink diamond which was set about a year ago, when a Fancy Vivid Pink diamond just under 15 carats and known to the world as "The Pink Promise" sold for almost $32.5 million – which shakes out to over $2.1 million per carat. 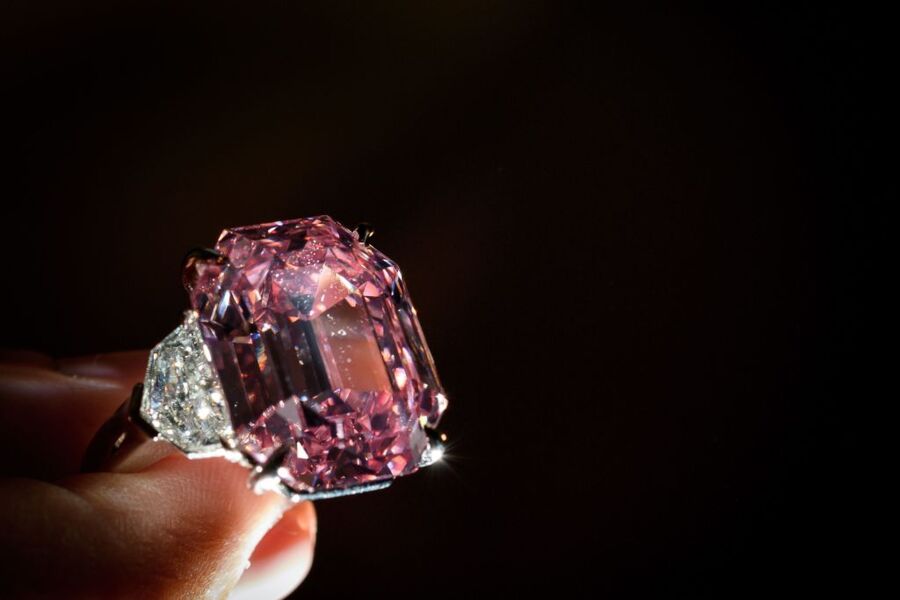 Christie's says that throughout history only 1 in 100,000 diamonds have been classified as "Fancy Vivid," and that's only one of the factors that distinguish the Pink Legacy. Rahul Kadakia is the International Head of Jewellery at Christie's, and in the auction house's press release announcing the sale he once again waxed rhapsodic on the quality, size, purity, and color of the Pink Legacy, all qualities in which it is virtually unparalleled throughout history:

"The saturation, the intensity of this stone is as good as it gets in a coloured diamond… To find a diamond of this size with this colour is pretty much unreal. You may see this colour in a pink diamond of less than one carat. But this is almost 19 carats and it's as pink as can be. It's unbelievable."

The Pink Legacy diamond was purchased by jewelry company Harry Winston, which immediately took the privilege of renaming it "The Winston Pink Legacy." It was originally owned by the Oppenheimer Family, and Christie's says its sale at auction is "a major moment in auction history," and part of an increased trend in popularity towards pink diamonds of late.