The recent Phillips Geneva Watch Auction saw some big excitement in its final sale, according to watch website Hodinkee. A gold Rolex Daytona known among timepiece enthusiasts as "The Legend" became the most expensive watch of its type ever sold in public when its winning bid came in at $3,717,906.

The record-holding yellow gold Oyster Paul Newman Daytona, named for the actor, movie star, race car driver, and Rolex fan Paul Newman, is one of only three such watches known to exist. It has a lemon grené dial described by Hodinkee as a "extremely beautiful example" of its form – I may not be a watch expert, but it looks pretty nice to me, too. The final two bidders must have recognized the watch's special qualities as well, since they engaged in a "theatrical bidding war" that ended with the winner on his way out of the room when the gavel was dropped. 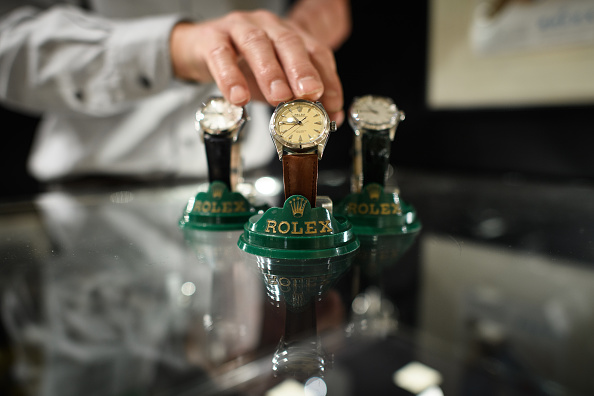 Together, these two sales give Phillips claim to having sold the three most expensive Rolex watches in history all within a one-year period, and two within 24 hours of one another.