John Stumpf, the former CEO of Wells Fargo, is dealing with more uncomfortable revelations following the settlement of a massive investigation into fake customer accounts opened by bank employees. A CBS News report states that Stumpf sold $61 million worth of Wells Fargo stock in the month before the investigation was settled, a transaction that was not only extremely profitable for Stumpf but also a possible violation of federal insider trading regulations.

How profitable? According to the report, Stumpf took home $26 million in the sale, stemming from "incentive stock options" that were purchased at a discount, then immediately sold again at a profit. If authorities are able to determine and prove that Stumpf was acting on insider information on where the Wells Fargo accounts scandal was going, he could be in a lot of trouble, but a securities lawyer named Andrew Stoltmann is quoted in the story saying he might be in trouble even if they don't:

"At minimum, the optics are horrific for Stumpf and for Wells Fargo. I would be shocked if the Securities and Excgange Commission doesn't look heavily into this." 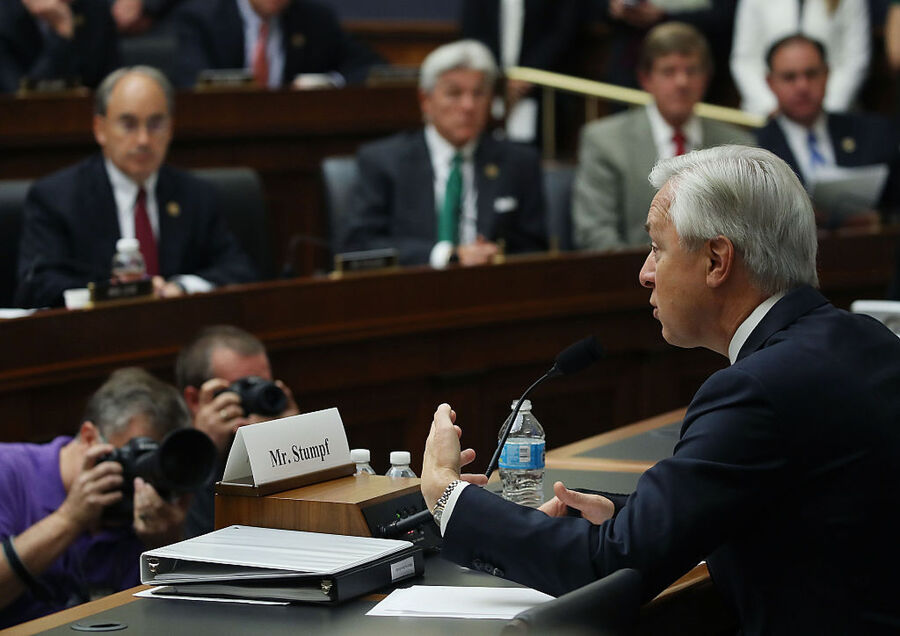 Insider trading is difficult to prosecute because the legal definitions for it can be vague, but according to ValueEdge Advisors vice chairman Nell Minow actions like the one taken by Stumpf have historically resulted in SEC investigations. Wells Fargo, for its part, released a statement saying that Stumpf's sales of stock (of which there were others earlier in the year) "were done in compliance with the company's pre-clearance approval process for executive officers and did not involve any open market sales or purchases."

Despite the sales of stock, and despite Stumpf's exit from Wells Fargo, he still has plenty of stock in his digs left to his name. 2.4 million shares, to be precise, which are worth more than $117 million.